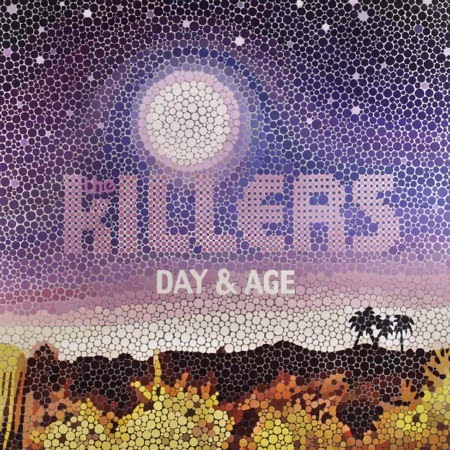 Two years after The Killers released their underrated Sam's Town, a record that was both loved and hated by fans and critics the world over, the Vegas band went back to the studio to release a record of simple, straightforward pop-rock tunes. The result was 2008's Day & Age. While the album came out six years ago, and in the shuffle of the band's first two LP's, live records, a B-Sides record -- Sawdust, and 2012's Battle Born, Day & Age seems to get lost in the mix. We are shining a light on it now.

While on the road touring Sam's Town, the band began writing the songs that would eventually become Day & Age. It is a record of playful pop tunes, dance numbers, but no grand stadium size opera that fans were used to hearing. Again, it seems to be their most straightforward LP. Taking influence from Bowie, Elton John, and Lou Reed, Day & Age is not as serious as the other albums the band has put out, instead it is sometimes dark and distance. Fueled by the singles, "Human," "Spaceman," "Dustland Fairytale," The Killers showed that they were much more versatile than what they were leading to be. Over the years, Day & Age has sold three million records and the tour behind the album was their most successful to date, with sold-out concerts across six continents and various festival headlining slots. Yet, Day & Age as a body of work needs to be admired more for what it is than what it has done.
Posted by Salvatore Bono at 5:39 PM