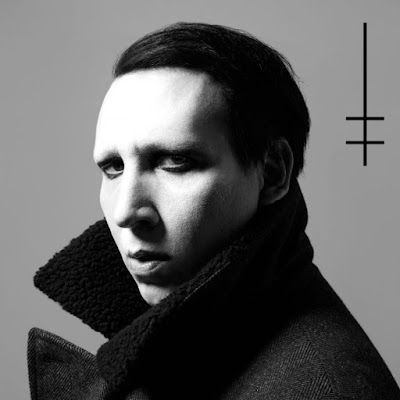 Marilyn Manson was supposed to release his new album, which was originally titled SAY10, in February, then, he pushed the record back and over the summer announced a new title.

Now, Manson will release Heaven Upside Down, next month.

In a forthcoming interview with Consequence of Sound, he dished on some of the inspirations behind the album like Rihanna.

"Strangely enough, one of the records that influenced this album strongly, and it can’t be taken literally, is Rihanna, her last record. That one song, ‘Love On The Brain’, it really hit me because I saw her perform it and she just… meant it. And I think that’s maybe what rappers like about me. They see it as being sincere and real, and I think that's a part of rap culture, as it was a part of punk rock and real rock or whatever you wanna call anything. You can tell when something is being forced and trying to be something it isn’t. It’s not about how many tattoos you have or if you say fuck enough in a song, it’s in the way you say it. It’s the way you live your life," he said in the interview.

Take a look at the cover, above, and the tracklisting, below, and hear the lead single, "We Know Where You Fucking Live."