Great Soundtrack: 'Where the Wild Things Are' 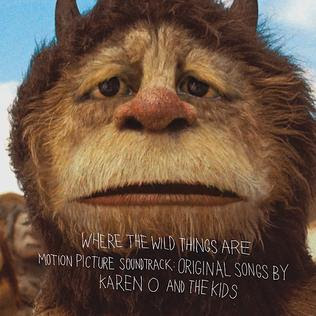 In 2009, Spike Jonze brought everyone's favorite childhood story to life with Where The Wild Things Are and Yeah Yeah Yeahs frontwoman Karen O. gave it a beat. The soundtrack to the acclaimed film heard the New York singer go solo for the first time with a backing group called the Kids. The music, like the film, was filled with childlike innocence and wonderment as well as curiosity and intrigue. It was a departure for the singer and a whole new adventure.

While the music gained attention and showed that Karen O. could do it alone, she called on comrades like her bandmates Brian Chase and Nick Zinner and former touring guitarist Imaad Wasif, Deerhunter's Bradford Cox, Liars' Aaron Hemphill, The Dead Weather and Queens of the Stone Age's Dean Fertita, and Jack Lawrence from The Raconteurs to contribute.The soundtrack's lead single, "All is Love," struck a chord with audiences around the world and helped propel the curiosity that this was something special to accompany the dynamic film.
Posted by Salvatore Bono at 6:37 PM