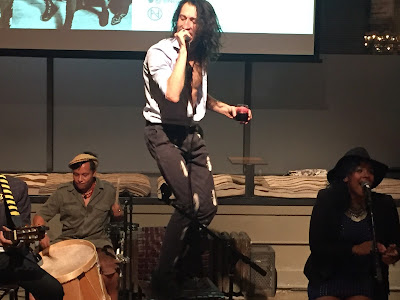 Prior to the intimate performance, the band's brilliant frontman, Eugene Hutz, spoke to Casey Spooner of Fischerspooner, for a brief interview about what makes him tick, starting out in New York City, and of course, his music.

The band played a handful of tunes, including many from Seekers and Finders, as well as classics like "Wanderlust King."

Take a look at a live pix from Thursday night's event. 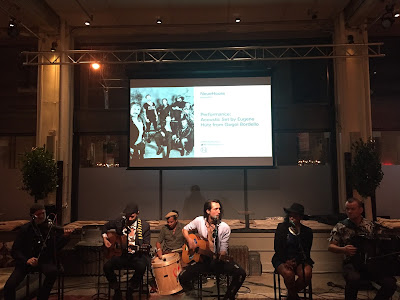 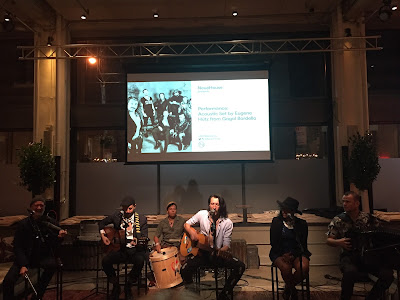 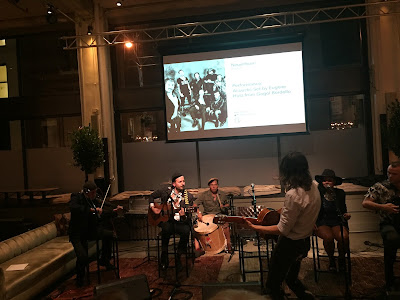 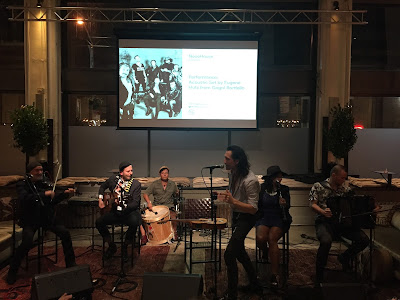 Posted by Salvatore Bono at 8:43 PM