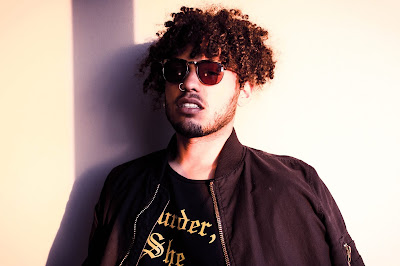 As Chance the Rapper helps put Chicago emcees back on the map as a new era of rappers like BJ the Chicago Kid, Vic Mensa and the Cool Kids reuniting, another young voice stands out from the pack. Joey Purp has been a rising rapper that has been expanding his musical boarders outside the Windy City and after a series of acclaimed mixtapes, the Chicago emcee is ready for his close-up. Purp has spent 2017 touring around the world including stops at SXSW, Primavera Sound in Spain, Parklife in Manchester, as well as headlining shows in London and Paris. His style is brash and unique as his combines his influences of 70s punk like Sex Pistols and Lou Reed and mixes it with Wu-Tang Clan and Dipset. After working with artists like Chance, Mensa, and Phantogram, Purp is said to be at work on his long awaited debut and as we wait for it to arrive, what he has done so far will no doubt make it one of the most anticipated albums to come out.
Posted by Salvatore Bono at 9:15 AM