Recommended Reading: 'The Sun & The Moon & The Rolling Stones' 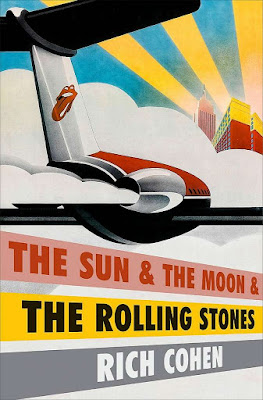 Of all the books written on the Rolling Stones, none have looked at the band so introspectively than Rich Cohen's account of the band in their heyday from 1968 to 1972 in The Sun & The Moon & The Rolling Stones. Cohen, who is a writer for Vanity Fair and co-creator of HBO's brilliant but cancelled Vinyl, went on the road with the band and into the recording studio as they recorded Beggars Banquet and Exile on Main Street. In his book, which arrived in paperback in May, Cohen accounts the highs, the lows, bitching, the fights, the excess, and of course the sex, drugs, and rock and roll.

The Sun & The Moon & The Rolling Stones is such a definitive look at the era that shaped the band and the group that they would become. Packed with insights like how Mick Jagger dealt with fame and how the band responded to their growing acclaim as well as how they were masters of their craft. The book is one of a kind from a band whose reputation will never be seen again.
Posted by Salvatore Bono at 6:29 PM