As we mentioned earlier in the year, Danger Mouse was releasing an album called Rome by the Spring. The album, which is inspired by Italian Spaghetti Western films will feature Mouse composed music and conducted by Italian composer and conductor Daniele Luppi. The project will also not just feature Mouse making his own film score, it will also feature the help of Jack White and Norah Jones. Jones will sing and play piano as Jack will do his fancy guitar work and lend his vocal talents as well. Take a look at the cover and track listing to Rome below, the album comes out May 17. 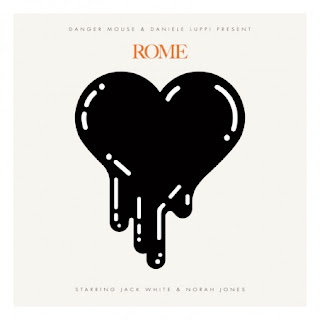