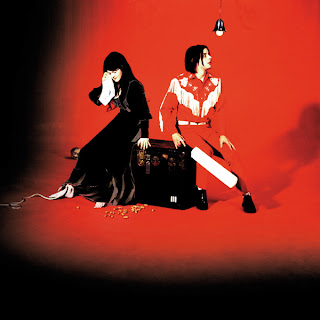 In a statement on Third Man Records website, The White Stripes have alerted the general public that they are breaking up. The dynamic and brilliant duo that was Jack and Meg White, have been on hiatus since 2008, with only reissues, live albums and b-sides surfacing on Jack White's Third Man Records, fans were eagerly anticipating a follow up to 2007's Icky Thump. This will come no more. The duo who were together for 13 years, said in a statement that:
"The reason is not due to artistic differences or lack of wanting to continue. Nor any health issues as both Meg and Jack are feeling fine and in good health. It is for a myriad of reasons, but mostly to preserve what is beautiful and special about the band and have it stay that way. Both Meg and Jack hope this decision isn't met with sorrow by their fans but that is is seen as a positive move done out of respect for the music that the band has created. It is also done with the utmost respect to those fans who've shared in those creations, with their feelings considered greatly."

The Stripes, who's final performance was on Conan O'Brien's series finale on Late Night with Conan O'Brien where they performed a stripped down version of "We Are Going To Be Friends," were looking to "start fresh" as Jack told Vanity Fair recently as he hinted that he and Meg would get back into the studio. Jack who has been working with his band's The Racountours, Dead Weather and producing and touring with Wanda Jackson and running his Third Man Records company has proven to be the busiest man in music this side of the Atlantic right behind Damon Albarn. Meg, who has battled mental health issues during the band's success has kept a low profile since the band's hiatus.
This band has meant so much to so many people around the world, including everyone who writes for this site. It is with great sadness to report that they are calling it quits, though Jack will release more unreleased material through Third Man Records, it will never be the same. We don't need anything unreleased, we just need them. Every once in a while a band comes around and stirs everything around them and helps define a generation, for this generation, for my generation, it was The White Stripes. They came during the height of the garage rock movement of the early Millennium and swept the rug out from everyone around them. They seized the moment in time and ran with it. Their basic style of drums, vocals, piano and guitar gave way for bands like The Black Keys, Blood Red Shoes, The Kills and various garage rock bands to exist with purpose and break the rules of conventional rock and roll style. The White Stripes came in with old school rules of rock and roll gimmicks of using just black, red and white to color the band as well as using the number 7 and 5 as a mysterious undertone that they kept from fans, they told the press they were brother and sister while they were actually married. They played tricks on us so basic and clever that we admired them for it. They gave us six glorious albums, one of which, 2003's Elephant was named our "League of Their Own" (the title was given before this site was created while I was hosting a radio show on WQAQ). They will be missed...
In the final part of their statement Jack and Meg said:
"The White Stripes do not belong to Meg and Jack anymore, The White Stripes belong to you now and you can do with it whatever you want. The beauty of art and music is that it can last forever if people want it to. Thank you for sharing this experience. Your involvement will never be lost on us and we are truly grateful."