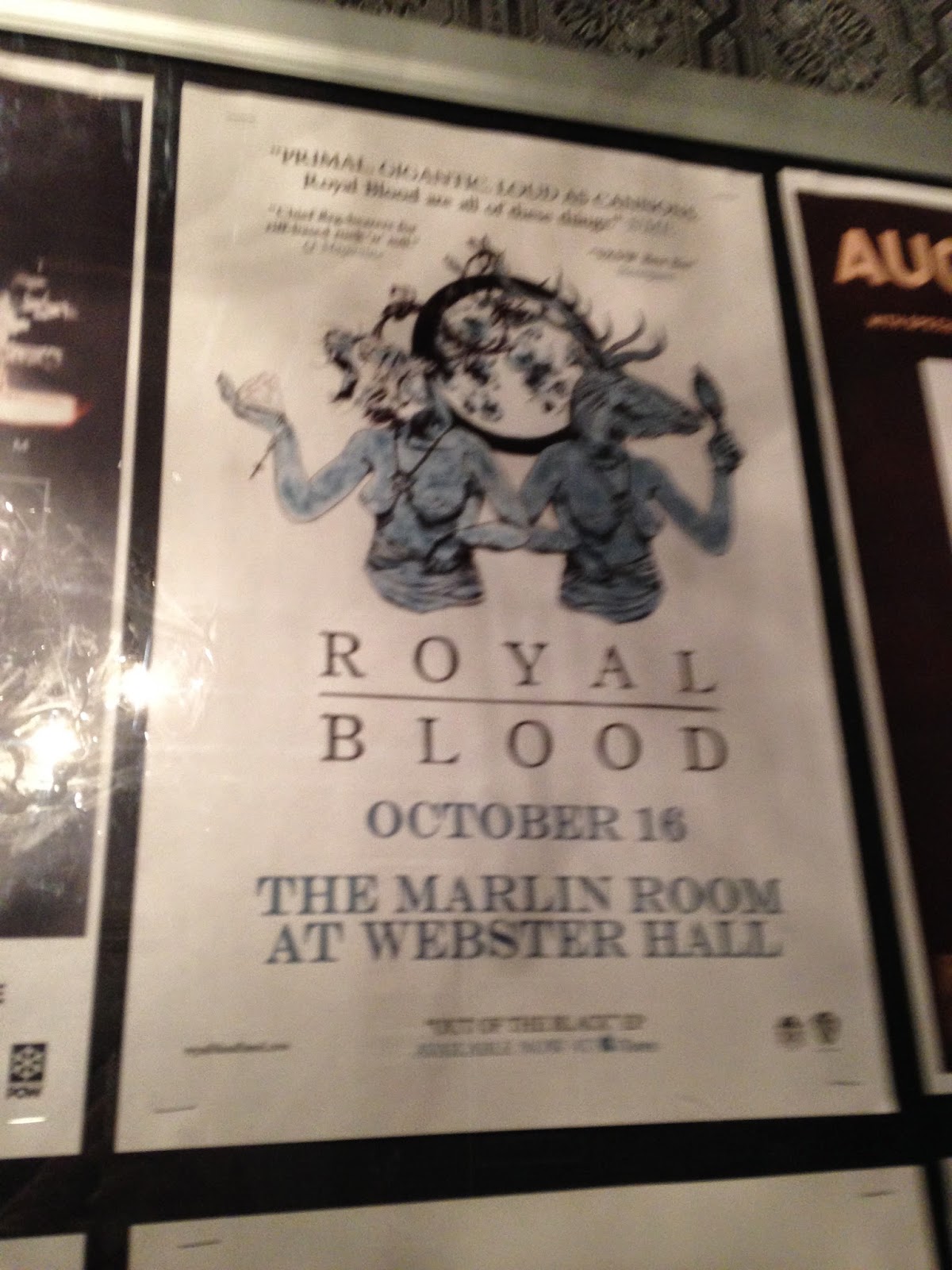 It has been a whirlwind year for Royal Blood. The Brighton, England, band formed last year and since the duo came together, everything has clicked for them. Before they even released their first single in 2013, Arctic Monkeys drummer Matt Helders wore the band's shirt on stage during his band's headlining slot at Glastonbury, one of the world's biggest music festivals and an event that was broadcasted around the globe. Most bands can even buy exposure like that, but Royal Blood managed to get lucky. Following that free advertising, the band became one of Britain's most talked about buzz bands. Earlier this year, they generated buzz performing at SXSW in Austin and then hit the European festival circuit before the release of their self-titled debut arrived in August. Now that their debut has been out, everyone wants a piece of Royal Blood. 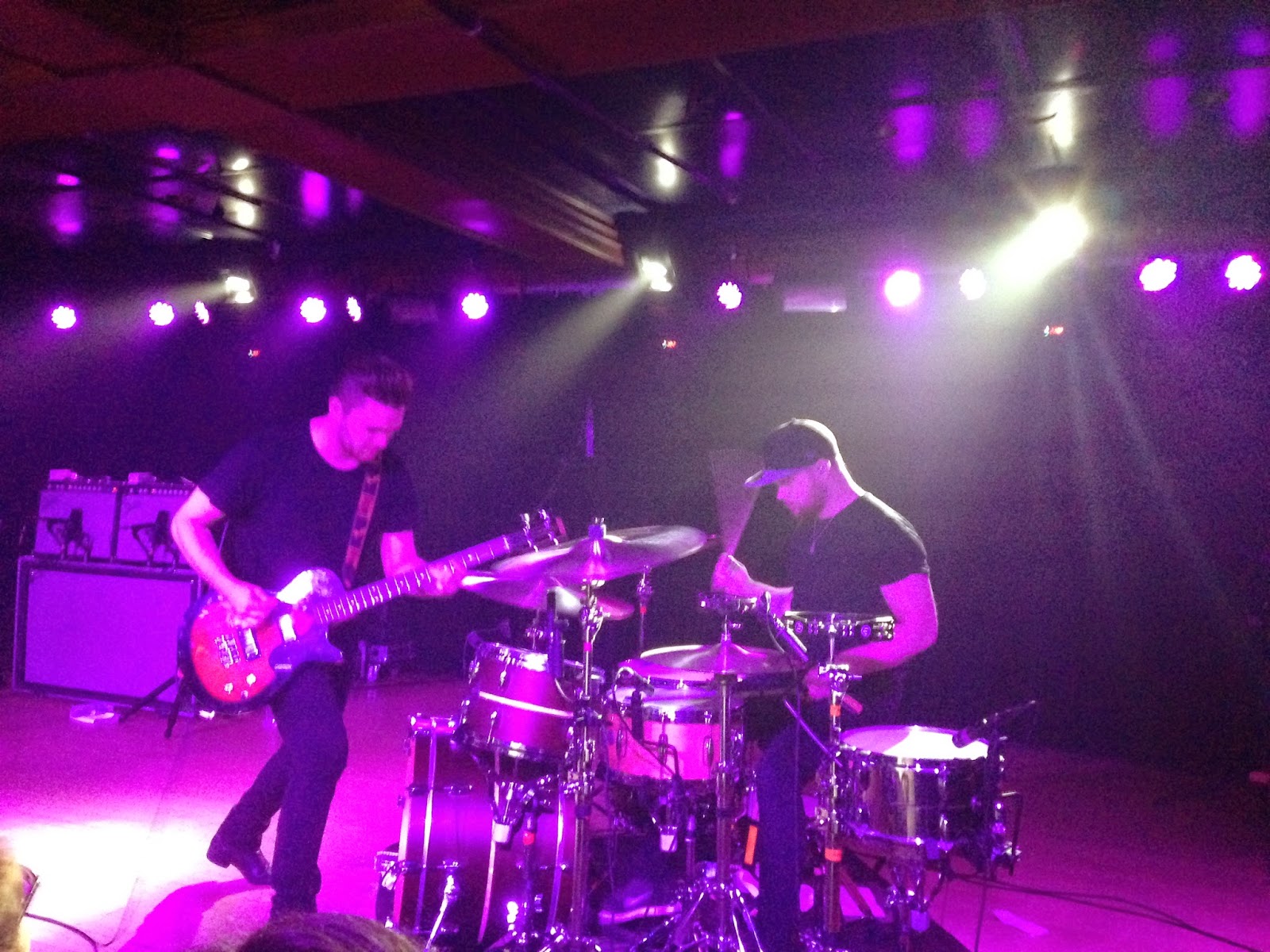 The duo returned to New York City for the first time in six months to perform at the intimate Marlin Room at Webster Hall. It was not only sold-out, it was clearly one of the last times any fan of this band will have a chance to see these guys in such an intimate space.

As they walked out on stage just after 9 p.m. to Jay Z's "99 Problems," Mike Kerr and Ben Thatcher walked out on stage as if they didn't what what a problem was. Their cool, calm, collective attitude was something most New York audiences are not used to, after all this is the Big Apple, the audience is supposed to scare the shit out the band playing on stage! Yet, Kerr and Thatcher took their places and struck their first chords and right away blew the skeletons out of their audiences skin. The band's sound is a cross between Death From Above 1979's abrasive musicianship met with Black Sabbath's heaviness, yet also blends the blues of Jack White and The Black Keys. This is a band for any rock and roll fan and the fact that two guys make so much sound is astonishing. Kerr, who sings and plays his bass like a guitar manages to pulverize the crowd with the sound coming from his hands, while Thatcher simply abuses his drums as if he is a boxer going 12 rounds with someone of lesser quality than he. With just their debut under their belt, songs like "Come on Over," "Little Monster," "Blood Hands," "You Can Be So Cruel," were played with such gusto and power it was amazing that the walls of the Marlin Room did not cave in. As the audience tried to compete with Kerr by screaming the lyrics back to the band, it seemed to fail as the sound would just rise and rise, as did the excitement. For the closing number, "Out of the Black," Thatcher jumped into the crowd mid-song and was lifted up so he could hang from the ceiling beams. As Kerr looked on and laughed, he kept playing as his bandmate eventually made it back to his drum kit, only this time dismantling it as he pounded away, standing up, and took all of his energy out on his set. By the time the song finished, defining screams from the crowd saluted Royal Blood, the heirs to rock and roll's kingdom. 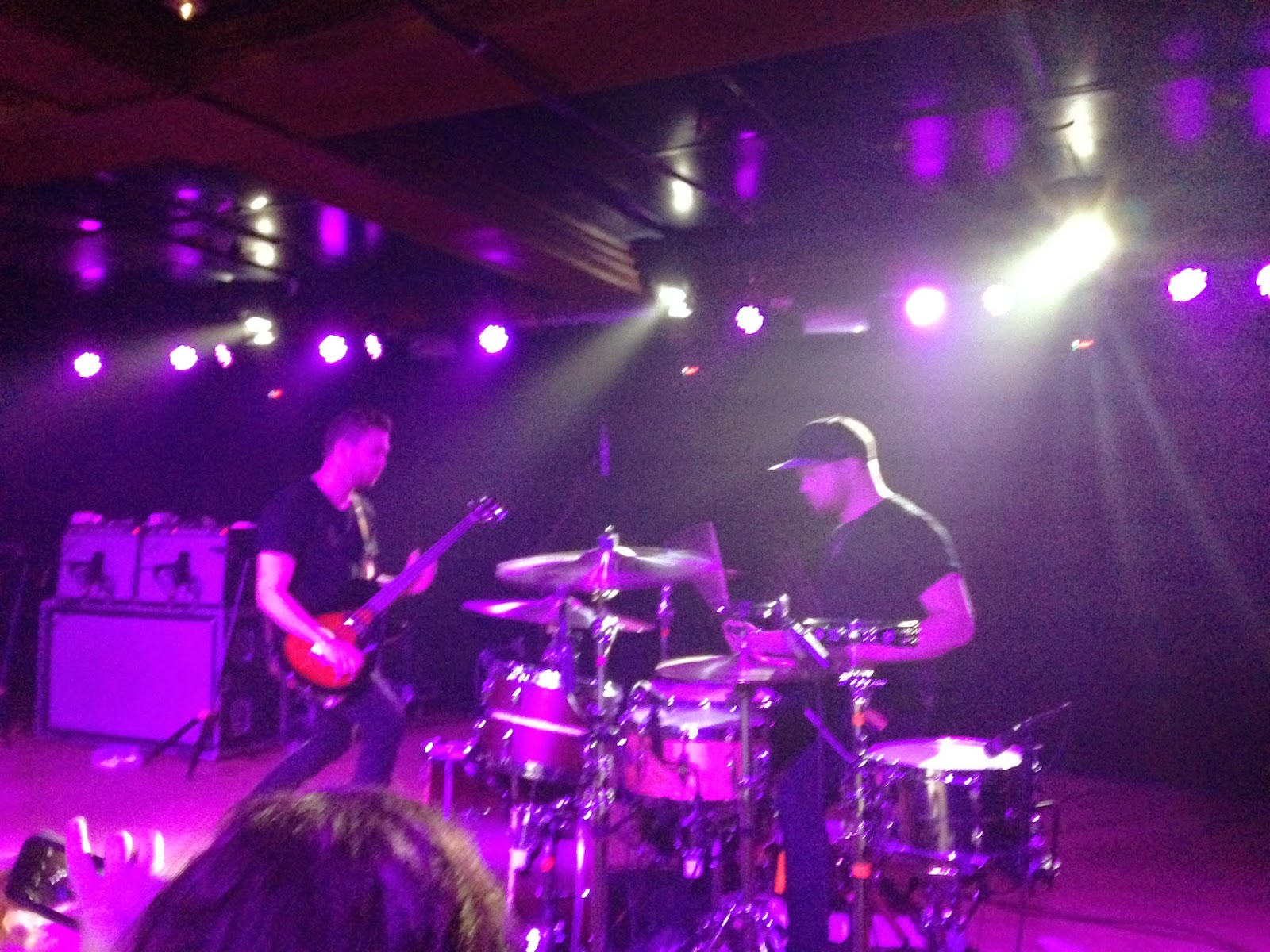 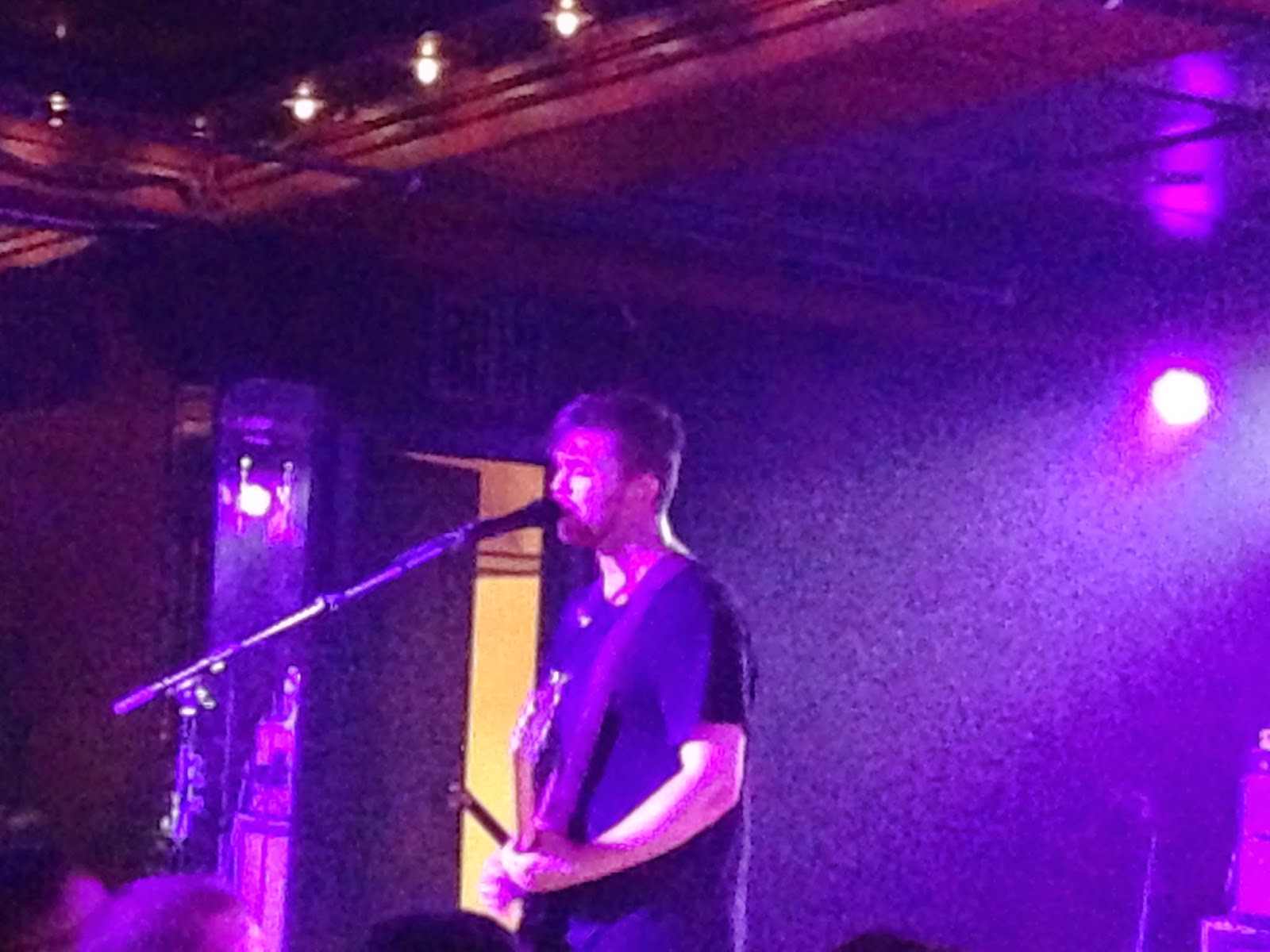 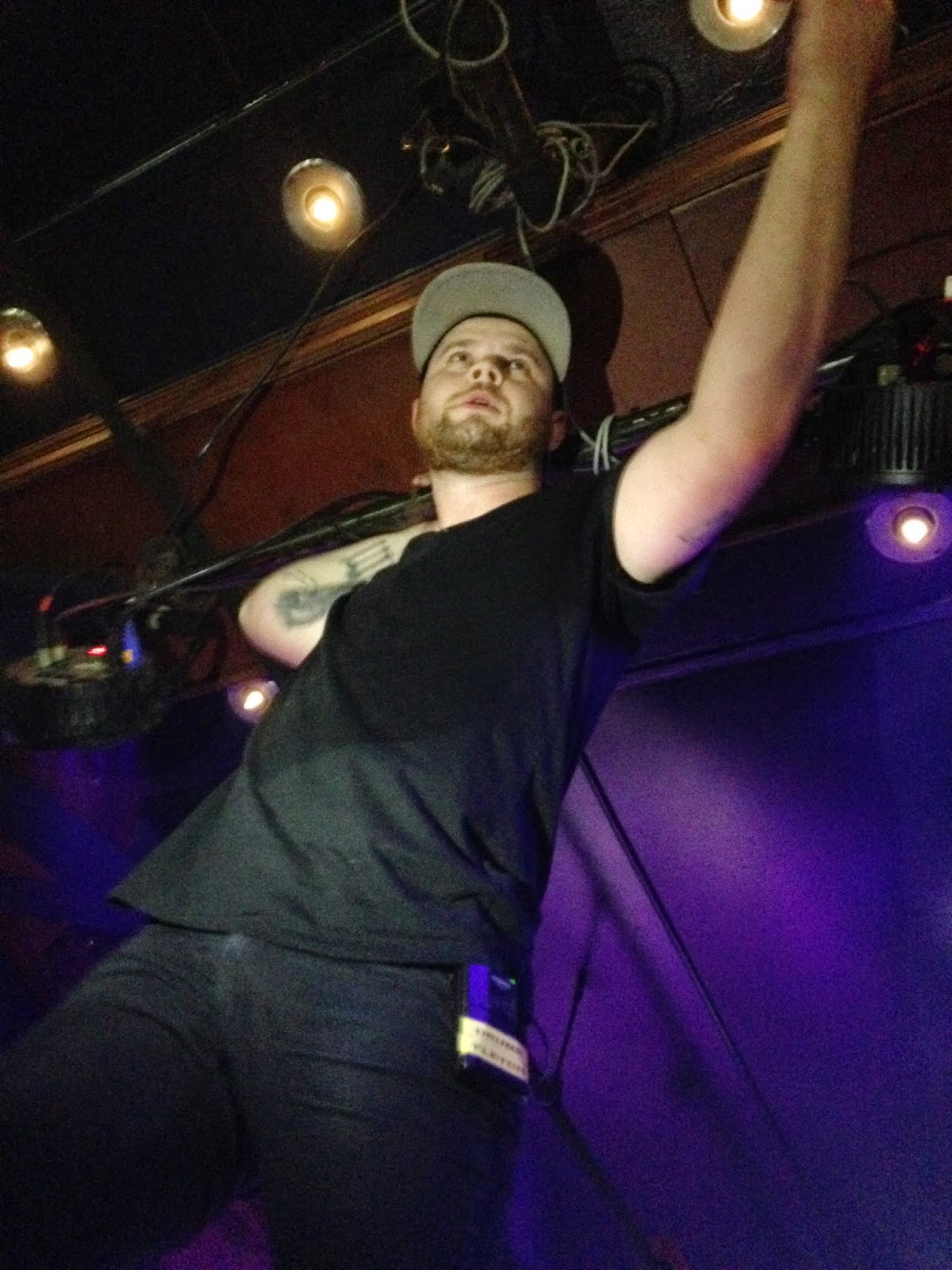 Posted by Salvatore Bono at 8:47 PM