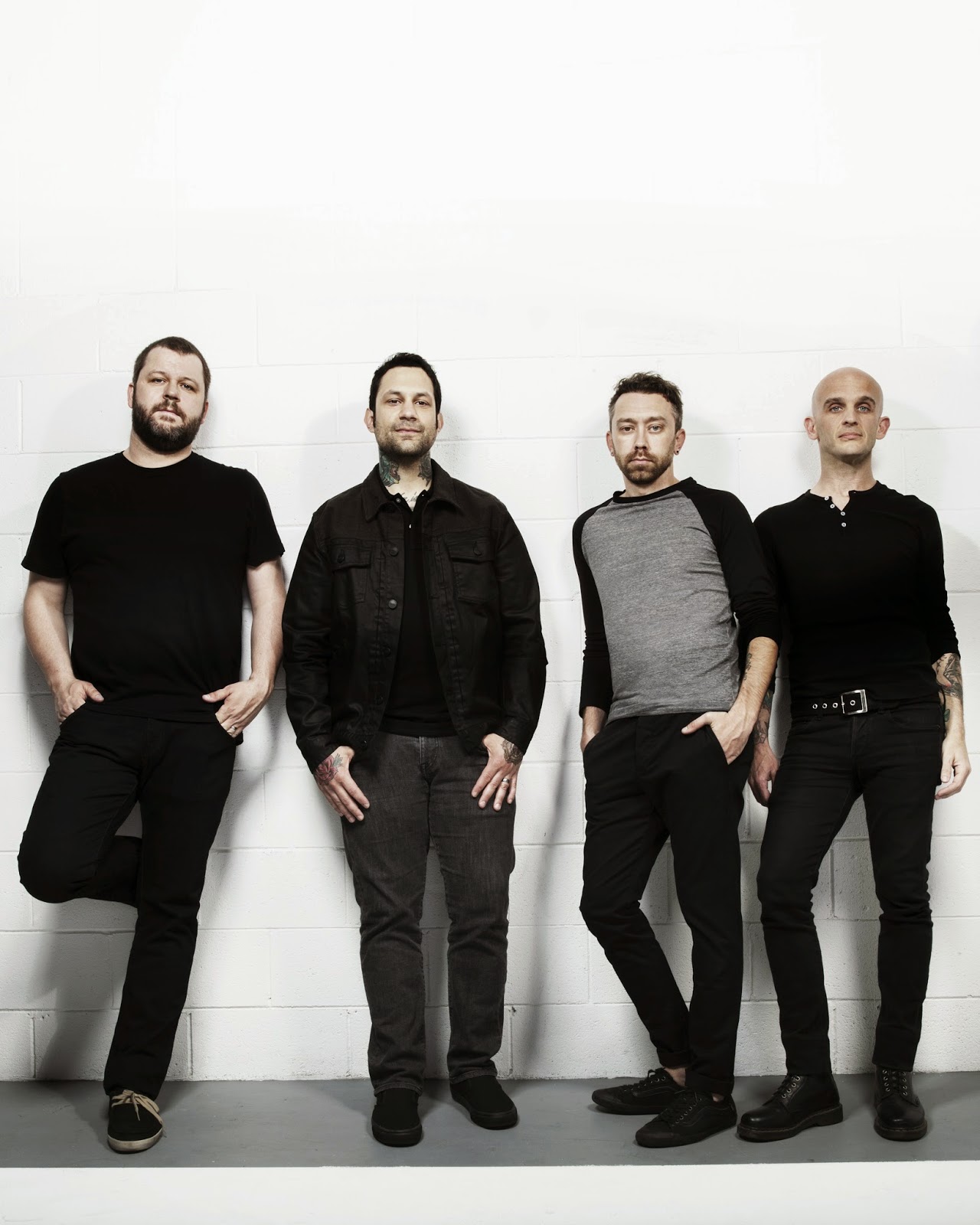 For the last 15 years, Chicago's Rise Against has been bringing a fury and thunder to punk and rock and roll that takes the social activism Rage Against the Machine had and blends it with the consciousness of The Clash to create their own unique formula. This past year, the band released seventh album, The Black Market to critical and commercial acclaim and scored their second No. 1 Billboard Top Rock record. With their relentless touring schedule, Rise Against show no signs of stopping and prove that like a fine wine, they are getting better with age. We spoke with singer Tim McIlrath about their history, work ethic, new album, and the responsibility a socially aware band has to their audience. Take a look at our interview below.

Rise Against have been going strong since 1999 and have seen all aspects of the music industry, as you get older, what advice would you give for someone wanting to start a band today?

The business of music was the furthest thing from my mind when I started writing and playing music with my friends. Focus on your music and your band and who you are, the industry is a moving target that changes every year.

What did you do on ‘The Black Market’ that you haven’t done before?

We really tweaked the guitar tones and some of the themes on the record. We used a program to help us use more of the analog signals, an amp called the Kemper which houses many different amplifiers in one, and we used bridge called the Evertune that helps keep our guitars in tune, which freed up a lot of time to be more creative and worry less about the technical aspects. All of those are kind of nerdy musician things, but they helped us make the record the best it could be.

The band has had a revolving door of musicians over the years, how do the line-up changes affect the band’s style and sound?

A new band member can bring new energy into the band and breathe new life into something. When you remove the elephant in the room, you change the dynamic and open up new channels that then affects the creative process. The songwriting has always been predominantly Joe and I, and the lyrics have always come from me, so that signature has always been there, but nobody plays guitar like Zach and nobody plays drums like Brandon.  We all help arrange the songs and find their flow.

‘The Black Market’ is one of the few Rise Against records where the same line-up has appeared on the last three albums. How is the relationship within everyone in the band?

We’re firing on all pistons and having a lot of fun out here.

You have said that making ‘The Black Market’ he didn’t have a lot of the lyrics written yet as the music was coming in. Has this been a normal practice for the band in the past?

That’s pretty normal for me. I used to write a lot more before the music but now I let the music come first and get a feel for the song and the mood and that helps shape the content. This record evolved as we made it and I wanted to capture that evolution.

One of the many things I have loved about this band is how you shift from bone crunching, loud, intense guitars and drums to the acoustic records where, in many ways, weighs just as heavy on the listener. Has the band ever toyed around with the idea of making an all acoustic album?

We haven’t really considered it but we’ve never ruled it out either. I just released an acoustic cover of Gun’n’Roses “Civil War” for a compilation called This Concerns Everyone, where each artist covered a protest song using one instrument and their phone.

Seven albums in, which record means the most to you and why?

The Black Market is really important to me because it looks inward a lot, instead of outward like we have in the past.

Political activism and social stances have always been at the forefront of Rise Against, yet, in a day and age of social media, it seems as if less and less artists are lacking the balls to say what they feel out loud. However, you still stay true to who you are. Why do you think we are seeing a decline in artists like yourself?

The artists that speak about ideas of change and awareness are out there if you look hard enough. Music has become very careerist and a bit like a pyramid scheme that focuses on success, and the rules tell us that taking stances alienates audiences. We never really cared about that, though we also never thought we’d still be here standing this many years later. We’re proof that you can speak your mind and still reach wide audiences.

As we speak, Ferguson, Missouri, which is not that far from where Rise Against comes from is on fire. What is your take on that situation?

Violent police reactions to containable situations in low income neighborhoods is far too prevalent in this day and age. Racism isn’t over. Black lives matter. People in power need to be held accountable when they abuse that power.

We each have our own ways, but I like to hop in a shower and stay away from the backstage madness for as long as I can before I step back into it. It’s a meditative moment, and recuperation, and a transitional thing. A lot of adrenalin and emotions are coursing through you at that time, it takes a long time to come down.

Being on the road as often as you are, what is one thing that you need with you when you are away from home?

A bicycle. I like seeing and exploring where I am when I wake up.

You have toured with so many amazing bands over the years, who would you love to share the road with?

We’re finally doing a proper tour with Pennywise next month across Europe, it’s taken us this long to get on the road together but we love that band and those guys. The shows are going to be amazing.

Photo by LeAnn Mueller
Posted by Salvatore Bono at 2:33 PM