After 25 years together, electronic pioneers Orbital are calling it quits. Paul Hartnoll posted a statement on their website saying: " We’ve had our ups and downs, and it’s not always been easy, but I’ve loved my time with Orbital. It’s been brilliant that we’ve been able to take our music to so many places, from local clubs to headlining Glastonbury to playing massive events across America, Australia, Japan… It’s been fantastic. It was particularly nice to get such a lovely reception when we got back together a few years ago. We made the Wonky album specifically to play live and these shows over the past few years have been a real high point in many ways. The shows and the audiences have been amazing. But nothing lasts forever and it's time to stop. Since finishing the soundtrack with Flood & PJ Harvey for the BBC One television show Peaky Blinders, I’ve now got my own new project, ‘8:58’ which I'm really excited about. It's a continuation of my work from the past 25 years but with a new vitality taking me on to something fresh, mixed with the best of what I've put into Orbital. Expect some live shows soon where I will be playing a mixture of my new music alongside my Orbital favorites."

Since the fall of The Streets, Mike Skinner started The D.O.T. with The Music's Rob Harvey, and now he is working on a hip-hop album with London rapper Oscar World Peace. No word yet on what the project will be called or when it will be released.

Speaking to Rolling Stone, Flea has confirmed that Red Hot Chili Peppers have written over 30 songs for a new album and said that the band will go into the studio to record in the next couple months. As far as the direction of sound in which they will focus on, Flea said, ""It's cool. It's super danceable, funky shit and some real introspective, pretty stuff. It feels good, man, and it's fun to play it."

Before the end of the year, Chicago emcee Chance the Rapper will release a free album called Surf.

To coincide with the upcoming George Harrison box set called George Harrison: The Apple Years 1968-75, street artist Shepard Fairey has designed posters in honor of the late Beatle called, "The Poster for George." There are silver and red editions, take a look: 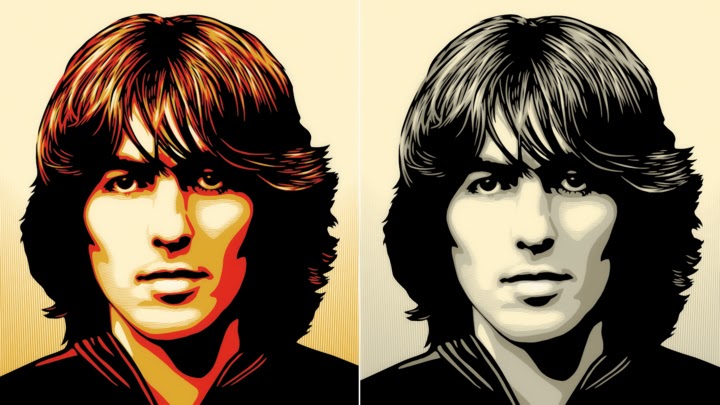