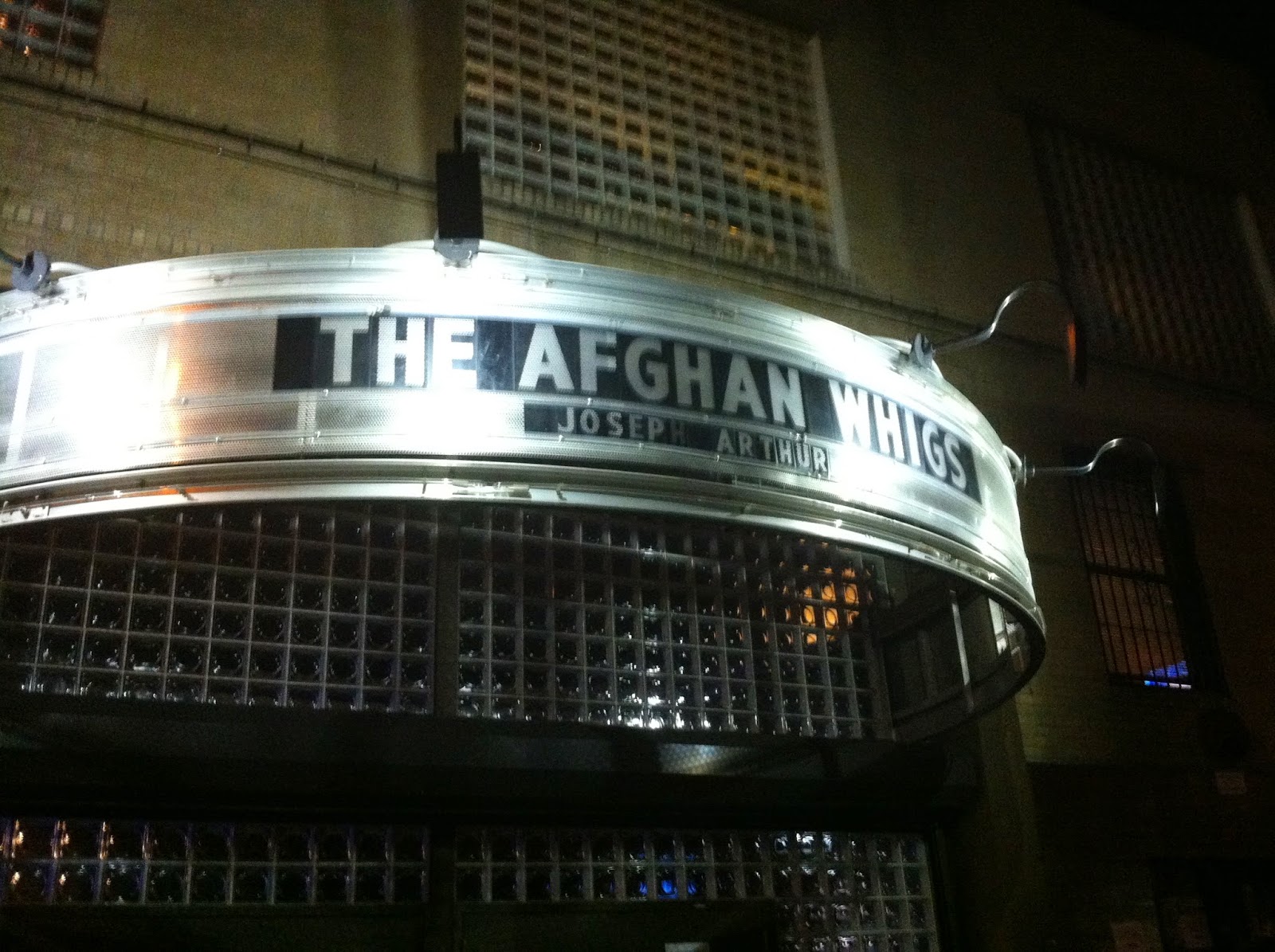 There are very few bands who know how to make a good show great. However, what happens when a great show is already just that? Where does it go from there? The Afghan Whigs are masters at taking something so fantastic it is difficult to put into words and bring it to the next level. The Ohio band, who are currently on the road supporting their first album in 16 years, the fantastic, Do The Beast, announced an rare and intimate concert at Brooklyn's Music Hall of Williamsburg to celebrate the 21st anniversary of their major label debut, Gentlemen.

Before they hit the stage, fans were curious and asking each other what the band were going to do -- would it be Gentlemen in full with a few other songs sprinkled in? Or just a typical setlist that would serve more as a celebration of the band than any record? All the answers were given right away as the band arrived on stage to a heroes welcome, the Whigs came on just after 10 p.m. on Sunday night and jumped right into Do The Beast's lead track, "Parked Outside." Sounding like an epic version of themselves, they jumped right into "Matamoros," it was then fans realized that this was going to be a special night and not just devoted to a fantastic record, but a night that a fantastic band was going to show off their skills. With up to eight members on stage at once, The Afghan Whigs at points looked like a small Arcade Fire as they delivered.

"It was 21 years ago today we released an album called Gentlemen. It was recorded in Memphis and for some of you, it was the first thing you ever heard from us. This is a song from that record," singer Greg Dulli told the sold-out audience before going into "Fountain and Fairfax." While Gentlemen and Do The Beast were on everyone's mind, songs like "Can Rova," "John the Baptist," "My Enemy" made the set list. Also, in typical Whigs fashion, as did a number of covers including, Black Street's "No Diggity," Fleetwood Mac's "Tusk," Jeff Buckley's "Morning Theft," Drake's "Over My Dead Body," The Doors' "Roadhouse Blues," Bobby Womack's "Across 110th Street," The Replacements' "Unsatisfied," and their reworking and remastering of The Police's "Every Little Thing She Does is Magic," but the biggest cover and surprise of the night came during the first encore when Dulli welcomed Usher to the stage. Usher and the Whigs teamed up at SXSW in 2013 and repeated their much talked about performance with Usher's hit, "Climax." It was enough to make every head in the room explode. No one would ever thing this pair would work, but not only does it work, it surprises on so many levels. For nearly two hours the Cincinnati rockers showed that their 2011 reunion and new album were just the beginning of what is to come. If anyone needed an excuse to be tired, hungover, or late for work the next day, this was a damn good reason.

Opening the show was New York City artist and longtime friend of the Whigs, Joseph Arthur. Arthur, who is a brilliant one-man band that utilizes digital loops on his guitar and vocals to replicate a full band brought his fantastic songwriting and music to the crowd earlier in the night. On stage for about 45 minutes, Arthur could have easily headlined himself with his underrated locker of material from his solo work and work with bands and artists he has collaborated with. Recently, he released a Lou Reed covers record called Lou, which he played a number of songs off that. However, as beautiful as his music is, so is his brain. His performance was highlighted as he was singing and playing guitar while painting on stage. With him opening, you knew the night was going to be something you would never forget.