Recommended Reading: Who I Am 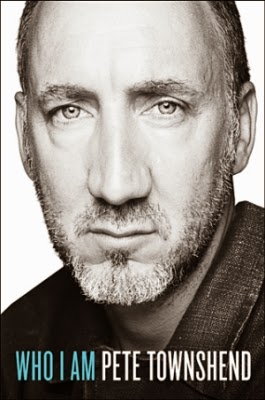 As The Who gear up to celebrate their 50th anniversary and alleged final tour and album, we look back to 2012 when iconic guitarist Pete Townshend released his autobiography Who I Am. The critically acclaimed book, which peaked at No. 3 on New York Times best seller list chronicles Townshed's life growing up in London, forming The Who, and the pressure and pitfalls of fame and being in the spotlight. In many ways, it becomes your typical rock and roll cliche story of drugs, sex, trashing hotel rooms, and alcohol, but the mesmerizing parts of his story are when he describes coming up with his famous licks and riffs, as well as encounters with Jimi Hendrix, playing Woodstock, Monterrey Pop Festival, and Isle of Wight.

While the book goes into great detail of his life as a rock star and how he grew up, it also talks about his work as an editor at Faber and Faber, and his infamous child-pornography arrest, in the book he claims it was for "a research program for a new support system for survivors of childhood abuse." He was later given a warning from police. While he clears the air of his controversies, it also is a detailed and intimate portrait of a man who has shaped pop culture for nearly 50 years.
Posted by Salvatore Bono at 5:11 PM