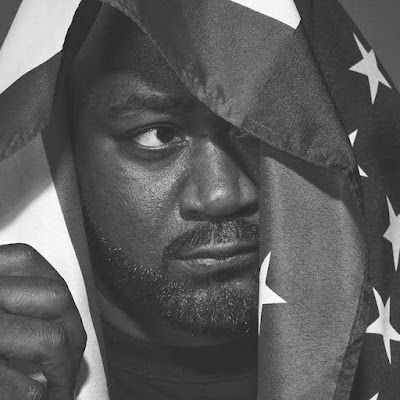 When we celebrated our 5th anniversary in 2011, we honored our first five years with an artist that made our time as a website worthwhile and we named Damon Albarn our first recipient of Officially A Icon to his contributions to music and art. Since then we have named the likes of Questlove, Karen O., and Danger Mouse as our past icons.

Now, the grace period is over.

One of the fieriest members of one of the most influential rap groups of all time and one of the most successful and unique solo artists of Wu-Tang Clan -- Ghostface Killah aka Tony Starks aka Ironman has given his verbal slice and dice to collaborations, his own albums and most of all to the Wu. He was even recently named one of Billboards Top 10 Rappers of All Time.

In the last year, Ghostface has released three albums ranging from different themes and collaborations. From last December's 36 Seasons as he rapped being a super hero to this year's double whammy, Sour Soul where he linked up with rising Canadian jazz trio BADBADNOTGOOD and the sequel to his brilliant 2013 album, 12 Reasons to Die featuring an orchestral arraignment by Adrian Younge.

While Ghost keeps pushing his own boundaries, he shows no signs of slowing down and for that, we want him around forever.
Posted by Salvatore Bono at 6:56 PM