Over the last nine years, it has become a Thanksgiving weekend tradition for us to issue our first list -- Honorable Mentions. This is the first of three lists we will bring out over the next three weeks, next week we will present our coveted League of Their Own and then finally, the Top 10 albums of the year.

Here we go -- our Honorable Mentions, albums that were very good, but not good enough to crack the Top 10 but still worth of note.

2015 Honorable Mentions in Short Form (In No Particular Order):

A$AP Rocky - At. Long. Last. A$AP
Czarface - Every Hero Needs a Villain
Vince Staples - Summertime '06
Foals - What Went Down
Sleater-Kinney - No Cities to Love
Beach Slang - The Things We Do to Find People Who Feel Like Us 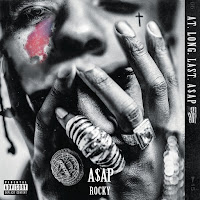 A$AP Rocky - At. Long. Last. A$AP
Following his triumphant debut, A$AP Rocky’s sophomore release outshines it’s predecessor. This record hears him battle heartbreak over the loss of his friend and A$AP Crew member A$AP Yams and his experimentation with LSD, where he even took inspiration from an unlikely source for hip-hop – The Beatles. This is a drug infused journey into the mind of a broken man who is looking to rebuild and bringing special guests like Kanye West, Rod Stewart, Mos Def, UGK, Future, and others, while it is Rocky himself who shines. 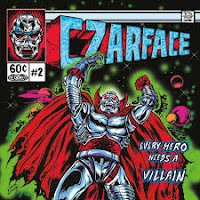 Czarface - Every Hero Needs a Villain
The sequel to the surprisingly fantastic 2013 debut from 7L, Esoteric and Inspectah Deck, ups the ante for the follow-up. As the fictional hip-hop hero Czarface was introduced to audiences on the last record like an audio comic book, this go around Czarface meets his villain and the people he needs to fight off to survive. While this concept record is not only a hell of a lot of fun to listen to, it also shines thanks to it’s guests MF DOOM, GZA, Method Man, RA The Rugged Man, JuJu of the Beatnuts and many others. Every Hero Needs a Villain is like the hip-hop version of The Avengers and just as much fun to hear as that flick was to see. 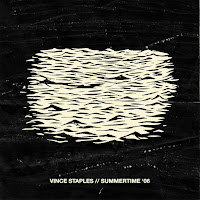 Vince Staples - Summertime '06
It is ambitious for anyone to do a double album. It is ambitious for a hip-hop artist to do a double album since only two have been named classics – Biggie’s Life After Death and Wu-Tang Forever. It is even more ambitious for a hip-hop artist to do it for his debut. That is what California’s Vince Staples did with Summertime ’06, a record inspired by the most memorable summer of his life and how he plans to make his mark in the music world today. Here is a rising voice that is reaching for more than just the stars. 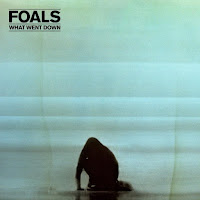 Foals - What Went Down
British indie rockers Foals have been pushing the boundaries with their sound since they busted onto the scene a decade ago. Their latest album is an epic adventure that makes the listener feel as if they are surfing the highest waves and then crashing down at the beach after 48 minutes and 12 seconds. 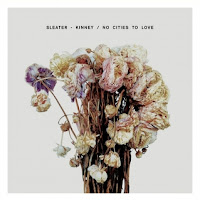 Sleater-Kinney - No Cities to Love
For the first time in a decade, punk heroines Sleater-Kinney return with their eighth album and showcase that even if life gets in the way of this band they will not lose their touch. This record arrived earlier this year and stayed with us all the way through. It's outlasting quality proved that these ladies not only can still roar but make instant classic albums. 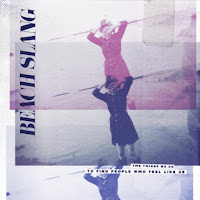 The Philly punk band releases one of the most anticipated albums in the genre. Beach Slang do it in such a fashion that it just makes you want to stop what you are doing and just enjoy life as you listen to it. The record is chock full of sing along songs that will be stuck in your head for hours and that isn’t a bad thing.

Read Our Interview with Beach Slang

Stay Tuned Next Week When We Announce The 2015 "League of Their Own" Recipient.
Posted by Salvatore Bono at 11:45 AM