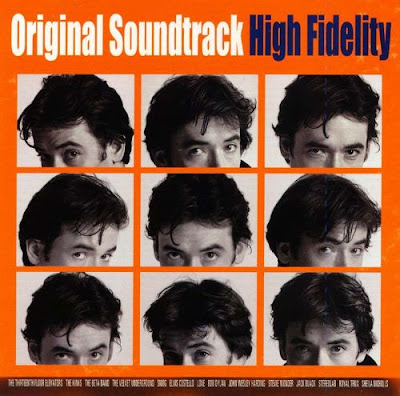 17 years ago, one of the most beloved music books was turned into a cult classic film starring John Cusack. High Fidelity was about a hopeless romantic working in a music shop in the 1990s resonated with Generation X and the Baby Boomers. After the film became a hit, the soundtrack was just as talked about.

Director Stephen Frears assembled an array of classics from Aretha Franklin, The Jam, 13th Floor Elevators, Barry White, The Beta Band, The Velvet Underground, The Kinks, Stevie Wonder, and more. The soundtrack captured the cornucopia of sound that was featured in the film's record store and was enough for all generations to get behind. The soundtrack becomes a taste of what was in the film and could have been an anthology much like Danny Boyle did with Trainspotting. However, it is enough for fans to spin over and over even after all these years, the soundtrack proves that good music is timeless.
Posted by Salvatore Bono at 6:55 PM