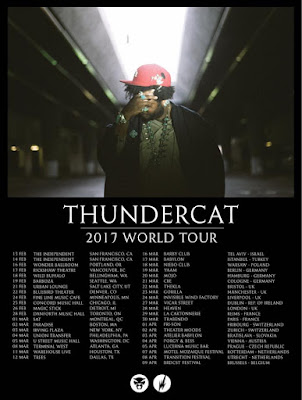 In the Oscar nominated film, La La Land, white Canadian actor Ryan Gosling plays a character that tries to "save jazz" in Los Angeles. The thing is, if anyone were to believe that jazz in L.A. needed to be saved, they never listen to anyone from the city's Brainfeeder label which is propelled by the nephew of icons John and Alice Coltrain -- Steve Ellison known as Flying Lotus. Brainfeeder has become a label that we have loved at Officially A Yuppie and have covered their artists for years including Flying Lotus himself, Shabazz Palaces, Gaslamp Killer, Kamasi Washington, Daedelus, The Underachievers, among others. Now, as one of the label's most sought after musicians celebrates the release of his third album, Drunk, bassist Thundercat brought the jazz, funk, psychedelic sounds that Gosling's character was searching for to a sold-out Irving Plaza in New York City. 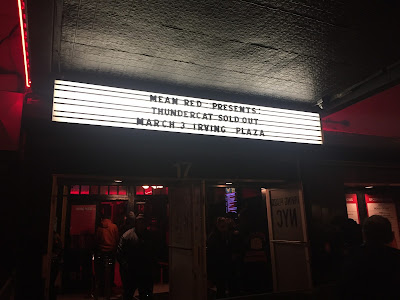 Taking the stage just after 9 p.m., Thundercat's six-string bass rattled the room and the people in the front as the vibrations of his axe could be felt in their core as he hit the opening bars of "Rabbit Ho." Backed by a drummer and keyboardist, the trio brought the ghosts of Prince and Miles Davis back to life as the sexy funk meets acid jazz sound was celebrated in the intimate room. As Thundercat broke out into various jam sessions for each song, extending and bleeding one track into another, the audience was simply stunned by what was happening. As many danced, others stood in shock at what they were witnessing. It wasn't just a concert, it was more than a performance, it was an experience.

Listen to Our Essential Flying Lotus Playlist on Spotify 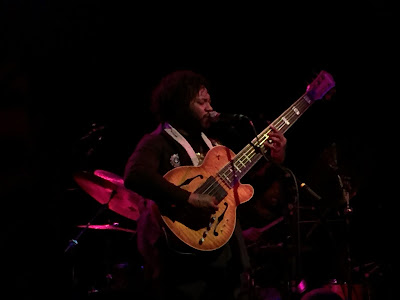 Wearing a wool blazer over a sweater and sweatpants tucked into vibrantly colored socks that were placed inside white Burkenstocks, the funky style of Thundercat wasn't just in the music but the whole package. As he and the band focused on songs mainly from Drunk, they did bust out a few from the EP, The Beyond / Where the Giants Roam, and his sophomore record, Apocalypse. The tour-de-force performance also had a number of surprises. During the opening set, comedian Hannibal Buress came out to do a quick standup routine, and as Thundercat played, he would signal for award winning jazz musician Robert Glasper to come out and join him, which he did -- on both the keys and drums -- at various times. 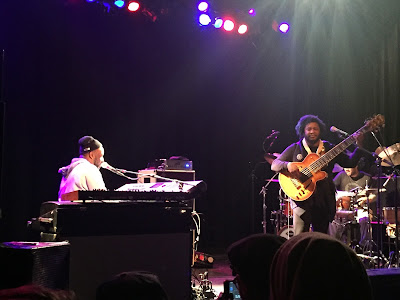 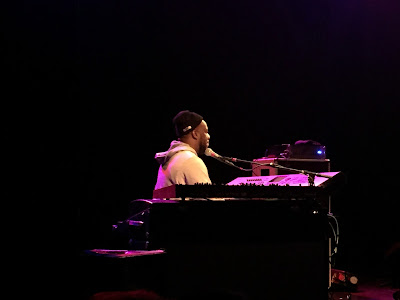 As the main set ended just after 11, with Flying Lotus standing on stage looking at the crowd and his friend own the room, iconic comedian Dave Chappelle, joined Thundercat on stage to say a few nice words before the encore. “Ladies and gentlemen: on stage tonight is the musical virtuosos. They spent hours and hours of their life practicing their craft, and tonight we get to enjoy the sum total of their work. Make some noise for your band," he said in awe. “Thundercat, take this bass solo wherever you wanna go, 'cause we with you all the way, my brother, for real.” As the comedian stood on stage and watched the rest of the show, Thundercat played as if it was his final performance.


There are memorable New York City gigs and then there are those that live in infamy, what everyone saw Friday night inside Irving Plaza may be one that goes down in legend.

If there was anyone that ever questioned if jazz was dead, you can also point them to this gig to showcase how out of touch with music they really are. 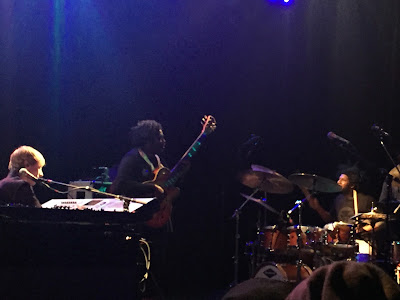