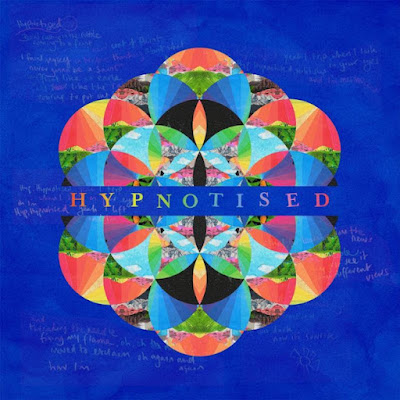 In June, Coldplay will release their new EP, Hypnotized. Take a look at the cover, above, and the tracklisting, below:
01 All I Can Think About Is You
02 Something Just Like This
03 Miracles 2
04 A L I E N S
05 Hypnotised

Lorde took to Instagram to announce the cover and title of her new record, Melodrama. While no release has been given, many speculate it will arrive this summer.

Green Light is officially out in the world, and i am so pleased to share with you that this song is the first from my sophomore record, Melodrama. this is the cover, painted by sam mckinniss. welcome to the new world.
A post shared by Lorde (@lordemusic) on Mar 2, 2017 at 11:05am PST

Joey Bada$$ took to Twitter to announce the title and release of his new album, Amerikkkan Bada$$, which will arrive in April.


Speaking to The Talkhouse podcast, Jarobi White of A Tribe Called Quest about unreleased Phife Dawg tracks, the making of last year's best record, We Got It From Here... Thank You 4 Your Service, and his solo record. He said: "Phife has mad verses floating around. Of course there is shit that we didn't use... I kind of want to do something to get a lot of the songs that he did late because the level that he was on when he passed was the best he's been in a long time. Not that he was ever bad but I'm just saying, he was killing shit... Good fucking lord... Yo so I want people to hear those you know what I mean?" He added that he is working on a solo record, saying: "It's like I don't know if I ever really considered doing a solo album before, you know what I'm saying? The response that I'm getting from this album, people are like, "Yo my dude, oh my god I didn't know you could rap!" I'm like, "You're silly then!" How am I going to be around Q-Tip and Phife for twenty years and I can't even rap? That doesn't even make sense, if I have half a brain I've got to absorb something. You know what I'm saying? I have to get something from the two of the best dudes to hold mic ever. Like I'm not going to get nothing from it?... People are asking for it which is crazy. I've only ever done, I've done one single before and was scared to put it out. It's a dope song. I kind of put it on Soundcloud for a couple of days and took it down because I was chicken shit. I just want to make sure that it's the dopest shit in the world hopefully, if I have that we'll see."

Speaking to T Magazine, Kendrick Lamar gave some insight into the follow-up to 2015's best album, To Pimp a Butterfly and concepts he is playing around with for the new record. "I think now, how wayward things have gone within the past few months, my focus is ultimately going back to my community and the other communities around the world where they’re doing the groundwork,” he said. “To Pimp a Butterfly was addressing the problem. I’m in a space now where I’m not addressing the problem anymore. We’re in a time where we exclude one major component out of this whole thing called life: God. Nobody speaks on it because it’s almost in conflict with what’s going on in the world when you talk about politics and government and the system.”

Lou Reed's archives have been acquired by the New York Public Library. The library will feature some of his personal items, artifacts, as well as a listening room that will play the late Velvet Underground frontman's music.
Posted by Salvatore Bono at 6:03 PM