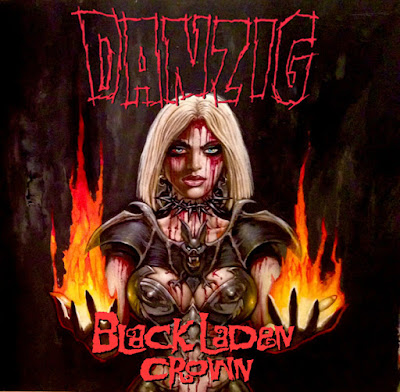 In May, Danzig will release his first album in seven years, Black Laden Crown. Take a look at the cover, above.

For the first time in five years, Blu and Exile are back in the studio together to work on the follow-up to their acclaimed 2012 release, Give Me My Flowers While I Can Smell Them. Exile took to Instagram over the weekend to share the news.

Making dreams come true all over again #bluandexile #belivethat
A post shared by Exile Dirty📀Science (@exileradio) on Mar 18, 2017 at 11:00am PDT


Jarvis Cocker will has signed a six-figure deal to write a book on creativity. The book, This Book Is A Song, will feature his essays, partial biography, illustrations and photos. It is set to come out sometime this year.

Suede's Brett Anderson is set to release his memoir next year. The book, Cold Black Mornings, will arrive in early 2018 and will chronicle his life as a musician, his Britpop rivalries and his upbringing.
Posted by Salvatore Bono at 5:45 PM