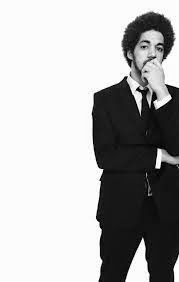 Eleven years ago, when Jay Z announced his "retirement" a relatively unknown producer crafted a mash-up album using the biggest rapper and the greatest band of all time. Combining The Beatles White Album and HOV's Black Album, this unknown and ballsy producer named Danger Mouse wowed and rocked the music world with The Grey Album.

Since then, the man born Brian Burton has done everything from produce for artists like Portugal. The Man, U2, Gorillaz, The Good, The Bad, and the Queen, Beck, The Black Keys, Norah Jones. He has collaborated with David Lynch, DOOM, Sparklehorse, Jemini. Formed bands with The Shins' James Mercer with Broken Bells, hit blockbuster status with Cee-Lo in Gnarles Barkley, and scored an opera that featured Jack White and Norah Jones. Mouse can do it all and do it with a sense of cool that has been unseen in modern music.

Just this year alone, Broken Bells released a new LP, his latest Black Keys produced album arrived and his long await production work with U2 came to the surprise of everyone in September. Now, with all of this, it is the reason why Danger Mouse will join the ranks of Renaissance artists like Damon Albarn, Questlove, and Karen O., and is the fourth recipient of this accolade that makes him this year's Icon.

Posted by Salvatore Bono at 5:15 PM