Sad news to report, pioneering Sugarhill Gang rapper Big Bank Hank has passed away after a battle with cancer. He was 57. Our thoughts go out to his family and friends.

In his new memoir, Sound Man, producer Glyn Johns wrote that Bob Dylan wanted to collaborate with The Beatles and Rolling Stones on a massive scale. In the book, Johns wrote, "I had it all figured out. We would pool the best material from Mick and Keith, Paul and John, Bob and George, and then select the best rhythm section from the two bands to suit whichever songs we were cutting.” Wow.

When he is not acting, directing, studying, producing, writing, painting, photographing, James Franco is making music, because, why not? The Oscar nominee is in a Smiths inspired band called Daddy and plan to release their debut next year. The album will feature forming Smiths bassist Andy Rourke on a collaboration of "This Charming Man."

Are Refused working on a new album? According to Autry of Midnight Masses and Trail of Dead, the singer / guitarist recently posted a photo of the band ”in austria tonight for the ahoi pop festival weekend along with st. vincent and this guy’s band invsn which he’s doing between finishing vocals for the new refused album that’s coming out next year.” This comes as the band's former guitarist Jon Brannstrom announced that he was fired from band, prompting the band to post, "Any collective effort will have its ups and downs and when people really pour their hearts into something, things get complicated. We cut ties with Jon already in 2013 because he did not share our passion for the band. We don't know why he decided to emit this narrative on facebook or why he did it now, instead of just calling one of us up, but we wish him the best in his future endeavors." No official word of a Refused record has been made, we will have to wait and see, and the Instagram post from Autry has since been taken down.

Speaking of upcoming seventh albums, Biffy Clyro's Simon Neil spoke to NME to give an update on his band's recording status. He said, "We're getting [the next album] together. Realistically it won’t be out until the end of next year. We’re working on the songs now, but we don’t want to rush it – we’ve been in everyone's faces for the last couple of years, so I think it's important to disappear for a wee while and then come back all guns blazing."

Jamie Cullum will release his new album, Interlude, in January. Take a look at the cover below: 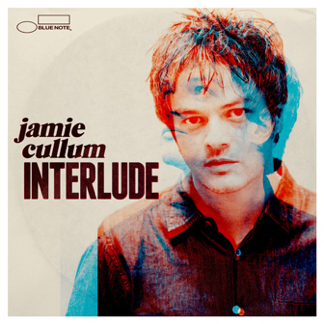