Action Bronson has taken to Twitter to announce that his new album, Mr. Wonderful, is all done and will arrive in early 2015.

Speaking to Miami New Times, James Blake said his new album is five months away from being released. He also said, "I should hope that [the new album] will be a step on, as much as the second one was to the first. I guess I’ve taken a focus on the songwriting again, even more closely, and I’m dabbling in some different production techniques, things I’ve developed. I’m currently single, so that’s changed,” he added. “A lot of things have changed in my life since the last record, and overall for the better, so I’m in a good place, I think. I’m in a good place to write in general, and I have been for quite a while.” The album allegedly features Kanye West.

Sky Ferreira has confirmed to Billboard that she is working with Primal Scream on her new album. She said, "The reason I like working with them is because there’s absolutely no pressure. It’s nice to walk in somewhere and they’re not like, ‘Okay, your label is harassing me about this and that.’ I set it up without anyone else involved, so we just sit and write in a room and there’s no pressure. It’s also just really cool talking to [Gillespie]! Jesus and Mary Chain is one of my favorite bands ever, so at first I was a little nervous. It’s really nice to meet with someone and not be disappointed by it, to have them meet every expectation.”

As the first batch of 2015 Reading and Leeds festival headliners were announced, one of the bands caught us off guard -- REFUSED! The Swedish hardcore band that reunited in 2012 for a special tour said that by the end of that year they would be done forever. Well, it looks like that has changed. The band are reactive and even posted a new publicity photo on Facebook, take a look below. No word as to if this will lead to a new album. 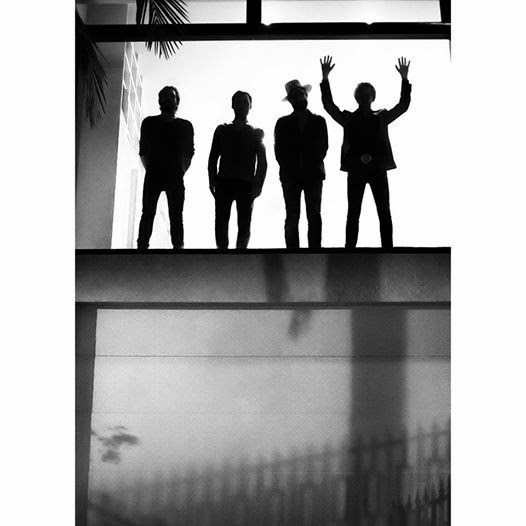