Beginning next month, Nick Cave & The Bad Seeds will reissue their first 11 albums. The first four records of the band's will come out next month with the rest arriving in 2015. According to the press release, "Each album has been re-mastered in a process overseen by former Bad Seed and founder member, the multi-instrumentalist Mick Harvey. All album artwork reflects the original release from the cover to the printed inner sleeves."

Speaking to NME about his reunion with Ride, Andy Bell commented on the fall of Beady Eye saying, "[Beady Eye] just sort of ran its course really. Liam had been pretty quiet for a while, and them he just let us know that his heart wasn't really in it any more."

Speaking to BBC Radio Oxford Johnny Greenwood gave an update on the latest Radiohead album. The guitarist said, I’m late, they’ve all gone there now. We're currently playing and recording and it’s fun to see everyone again, it's been a long time coming, we've been waiting all of us for a long time. It always feels when we start up like we still don’t know really how to do it, and we don't know quite what to do. 'Looking down avenues' is a very kind way of putting the kind of fumbling that we do, mainly because every time we try and do it like the last time – because that worked – it never seems to work. So we talk about different approaches and we’re currently trying a bunch out.”

Palma Violets are hard at work making their sophomore album. While they do so, bassist Chilli Jessen told NME, "It's all moved on from [when we played new material at] Reading and Leeds – some of the tracks we played there won't even make the cut. There are so many new songs, nearly 20 at the moment, but we're narrowing them down and we'll change it up, throw things in. Of course the new stuff is a step forward, but the main thing I wanted to do is not go too far. We're still holding on to what we started a band for – there's no eight-minute jams. It's all to the point, as it should be."

Frank Turner plans to start recording his new album next month and he told BBC6 Radio how he wants it to sound, saying, "I want to make a really rough-around-the-edges punk rock record," he said, "so we're not going to take very long in recording it. I want to just hammer it out, me and The Sleeping Souls... I want it to sound fresh and raw and hungry. I had some crises of confidence about material and about who I was recording it with and where," he said. "I feel like I'm at a point in my career where I can afford to make sure that it's absolutely the right record that it needs to be, rather than just doing what I've done every other time, which is just go 'sure, just put it out!'" The album is allegedly coming out in February.

Arcade Fire's Will Butler will release his solo debut, Policy in March. Take a look at the cover below, 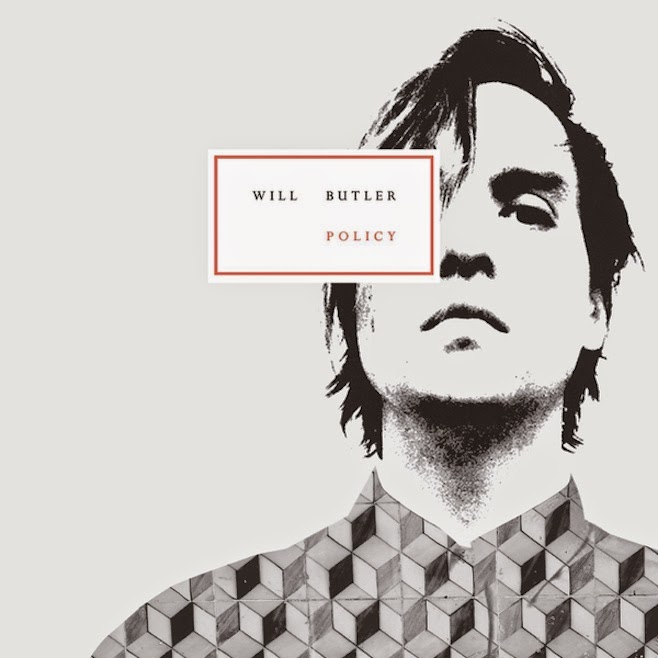 Posted by Salvatore Bono at 3:40 PM