Are Refused really fucking dead? The iconic Swedish punk band, who reunited in 2012 for a year-long tour, seem to be laying low, even though they played their "last show" in December of 2012. This comes to light and speculation as guitarist Jon Brännström posted on the band's Facebook page saying, "I was fired from Refused a while ago. I wasn’t given a reasonable explanation and wasn’t even invited to sit down and talk about it, so I'm not completely sure why they decided to go on without me. We’ve always been better at punk rock than democratic processes and dealing with conflicts, so I guess I’m not too surprised it went down like this. Quite sad indeed, but perhaps it's all for the best. I have always been more interested in writing music than reproducing it, more at home in the studio than on the road. Comfortable with slow intellectual processes rather than reacting instinctively in tumbling settings. What hurts me the most, is obviously the gesture. We’ve had our ups and downs, but we’ve made art together and have been tied to together through Refused for twenty years. I used to be proud to call these people my friends." The band then rebutted and wrote, "Any collective effort will have its ups and downs and when people really pour their hearts into something, things get complicated. We cut ties with Jon already in 2013 because he did not share our passion for the band. We don't know why he decided to emit this narrative on facebook or why he did it now, instead of just calling one of us up, but we wish him the best in his future endeavors."

Deftones have taken to Instagram to confirm they are in the studio working on their new album. While it seems they are in the writing phase, no word as to when the record will come out.

U2 are known for going on the road and delivering the biggest and best live shows around. Now, the band are hinting that they could do acoustic nights and loud plugging in nights on their next tour. Bassist Adam Clayton spoke to Rolling Stone and said, “There is talk of doing two different kinds of shows. One night would be a kind of loud, explosive rock’n’roll kind of event and then the other night’s show take the acoustic arrangements of some of the songs, and kind of present those songs in a much more intimate way. But we don’t really know how that’s going to sound and look.”

Bob Dylan has confirmed he will release a new record in 2015 called, Shadows In The Night. No release date has been set, but he did release the cover, take a look below: 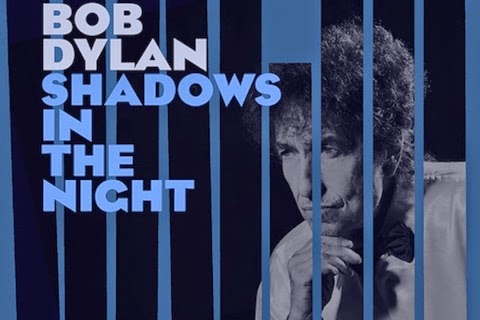 Posted by Salvatore Bono at 7:23 AM