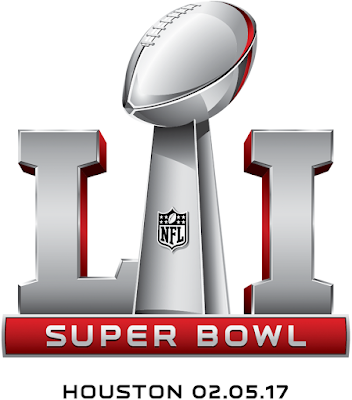 Now that Adele has officially declined an invitation to perform during Halftime of Super Bowl LI in Houston in February, the coveted spot is up for grabs.

In recent years we have seen the spectacles of Coldplay with guests Beyonce, Bruno Mars and Mark Ronson; Katy Perry with Left Shark, Lenny Kravitz and Missy Elliot; Bruno Mars with Red Hot Chili Peppers. The spot has even become  haven for classic rockers like The Stones, Prince, Paul McCartney, Springsteen, The Who, U2, Tom Petty and even a sanctum for controversy like Janet Jackson's nip slip.

While the NFL looks to hire an act, we narrowed down a list for them to 5 people we feel deserve the spot.

Years ago, this idea would not even be a thought. The band would have been believed to be "too hard" or "too controversial" to perform with really no reason to back it up. One of history's most beloved metal bands have had their songs used in almost every sporting arena for every sport in the country. On the day before this past Super Bowl in San Fransisco, they packed AT&T Park for a NFL-sanctioned concert. Now that the audience has gotten older and can handle the music of the band, which really, it is not like they are booking Slayer or Megadeath, it is time give them their long awaited due. For 4 decades, they put on a such a spectacle that they will wow everyone in Texas and at home. Plus, the kids wearing Metallica shirts thanks to Kanye and Justin Bieber will finally learn who they are.

America's best rock and roll band deserves the nation's biggest stage. The passion, the fury, the anthems that Dave Grohl and Co. have laid out over the years makes them prime contenders. As fans wait for new music from the band, this could be a nice and welcomed break from the studio and hit the stage for a one-off show that will wow the country.

Listen To Our Essential Foo Fighters Playlist on Spotify

While many fans tweet for Kanye to play the Bowl, the NFL and its sponsors will probably find him to be a bit risque for the show. Since hip-hop has never headlined the event, now, is not only the time to start they should do it with Jay Z. More hits than one could image, plus a guest list that could see him bring out anyone in the music world. If they are worried about him swearing on stage, the man is a professional and can censor himself. Plus, his wife has done it twice, it is about time he gets to shine.

Lady Gaga is known for her stage spectacles, choreography, killer pipes and sheer creative brilliance that a Super Bowl performance from her would be one of the most memorable ever, just based on her resume alone. She dazzled audiences singing the national anthem at the Big Game in San Francisco, she nails every award show she performs in, so why not the Super Bowl?


Rihanna has an arsenal of hits and her ANTI World Tour is getting rave reviews, it is time she gets the national spotlight at the Super Bowl. The singer has a guest list of friends that could rival Jay Z's where A-listers will be joining her on stage, should she choose to go it alone. All that and coupled with the fact that one never knows what she is going to do next would make her Super Bowl performance one for the ages.

Listen To Our Essential Rihanna Playlist on Spotify!
Posted by Salvatore Bono at 7:09 PM