The long-awaited soundtrack to the 1976 classic, The Man Who Fell To Earth, which starred David Bowie, will finally be released. The soundtrack features the film’s score by John Phillips of the Mamas & the Papas and Stomu Yamash’ta. A deluxe edition, featuring a book, DVD, and poster will be made available. Take a look at the set, below: 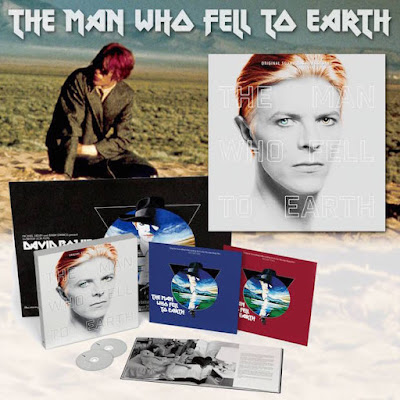 Suede are releasing a deluxe edition of their 1996 album, Coming Up, for it's 20th anniversary. The set will feature the remastered album, B-sides, a CD of previously unreleased demos and mixes, footage of a 1996 concert in Amsterdam, and a DVD with TV performances and a documentary on the making of the album. Take a look at the set, below: