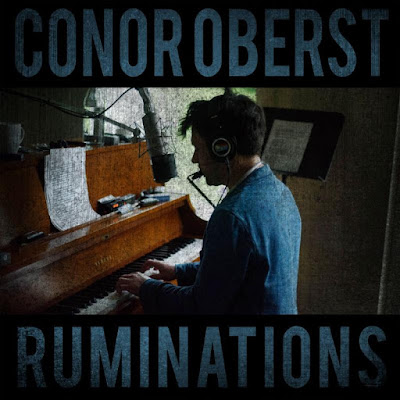 Conor Oberst will release his new album, Ruminations, in October.

In a press release, he said of the record: "I wasn’t expecting to write a record. I honestly wasn’t expecting to do much of anything. Winter in Omaha can have a paralyzing effect on a person but in this case it worked in my favor. I was just staying up late every night playing piano and watching the snow pile up outside the window. Next thing I knew I had burned through all the firewood in the garage and had more than enough songs for a record. I recorded them quick to get them down but then it just felt right to leave them alone."