Trent Reznor has paid tribute to former Nine Inch Nails keyboardist James Wooley who passed away earlier this week of an undisclosed cause at 50. Reznor told Rolling Stone about the keyboardest, who played in NIN from 1991-94: "Terrible news regarding James. I hadn’t crossed paths with him for some time, but always thought of him fondly. He was a fun character to be around, a solid musician and a genuinely good guy."

Speaking to The Guardian, De La Soul confirmed they will be on the upcoming Gorillaz album. While details about the anticipated album from the animated band have been sparse, the band said they will release it next year.

Miles Davis' estate has announced Freedom Jazz Dance: The Bootleg Series Vol. 5, which chronicles the Davis Quintet from 1966-68, will arrive in October.

Living Colour have been keeping fans waiting with their new album, Shade, which is due next year. Now, the iconic New York City rockers will release the Mixtape EP, next month which hears the band cover the Biggie song "Who Shot Ya" with rappers Chuck D, Black Thought, Pharoahe Monch, Prodigal Sunn. In a statement, guitarist Vernon Reid said: "Our version of “Who Shot Ya” was initially an organic outgrowth of pure fandom for the work of the brilliant Christopher Wallace. Corey would frequently sing the song during soundcheck, so we worked it up. But tragically Biggie’s question has taken on new and urgent significance over the last year. The amount of people who die on a daily basis because of gun violence is unacceptable in a civilized society. The disproportionate use of deadly force in communities of color is equally unacceptable in a civilized society. It inspired the idea to reach out to some of the most provocative voices in hip-hop to invite them to add their words to the track. We all feel paralyzed as to how we can meaningfully effect change, but at the least we can keep our voices raised in solidarity and not let this plight fade into the background until it happens again."  Take a look at the cover, below: 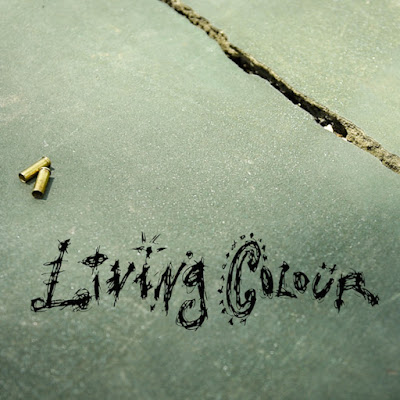 Posted by Salvatore Bono at 7:28 PM