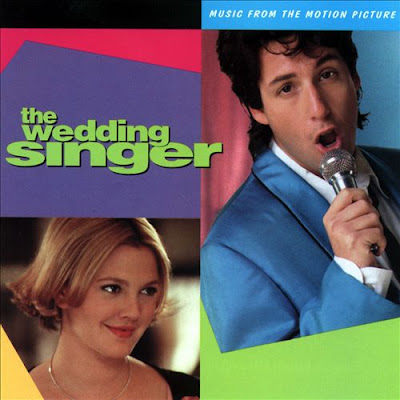 Before Adam Sandler made shit films, he once wrote and directed very funny, clever features that had audiences riveted. One of those gems was 1998's The Wedding Singer. The film, which was about a wedding singer who falls madly in love with an unattainable woman in the 1980s was a slice of the decade. While the film was a nostalgia trip, the music helped bring it all to life.

In a soundtrack that featured New Order, David Bowie, Culture Club, The Smiths, The Police, Sugarhill Gang, Elvis Costello, and many more. It became a fan favorite and even inspired a second volume of music which came out later that year. The second volume featured Depeche Mode, Madonna, The Cars, Spandau Ballet, and others. Both of the soundtracks made the decade of glam and new wave come alive again for a whole new generation.
Posted by Salvatore Bono at 8:24 PM