Jimmy Eat World have confirmed that they will be releasing a new album this fall. The Arizona emo outfit have not given any other details aside from the fact that fans can expect a new record in the coming months.

After singer Gord Downie was diagnosed with terminal brain cancer this year, The Tragically Hip performed their final concert on Saturday night in Canada and longtime fan, Prime Minster Justin Trudeau paid tribute to the band following their Kingston, Ontario swansong. He took to Twitter to say:

On behalf of Canadians, I thank Gord Downie and the Hip for their decades of service to Canadian music. Forever in our hearts and playlists.
— Justin Trudeau (@JustinTrudeau) August 21, 2016

Kings of Leon have confirmed that their new album, We Are Like Love Songs, will be released later this year. They released a teaser via Facebook for the album, featuring a snippet of a song called "Walls Come Down."

Feist has confirmed that she will appear on the upcoming Broken Social Scene album. While news of the reunion between the band and the singer have been sparse, the group have said they are working on new music earlier this year.

Dirty Orange have released the cover to their upcoming EP, The Short Story About the Lady of the Night.  Take a look, below: 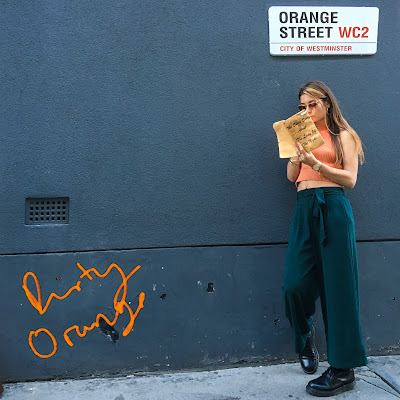 Posted by Salvatore Bono at 4:33 PM