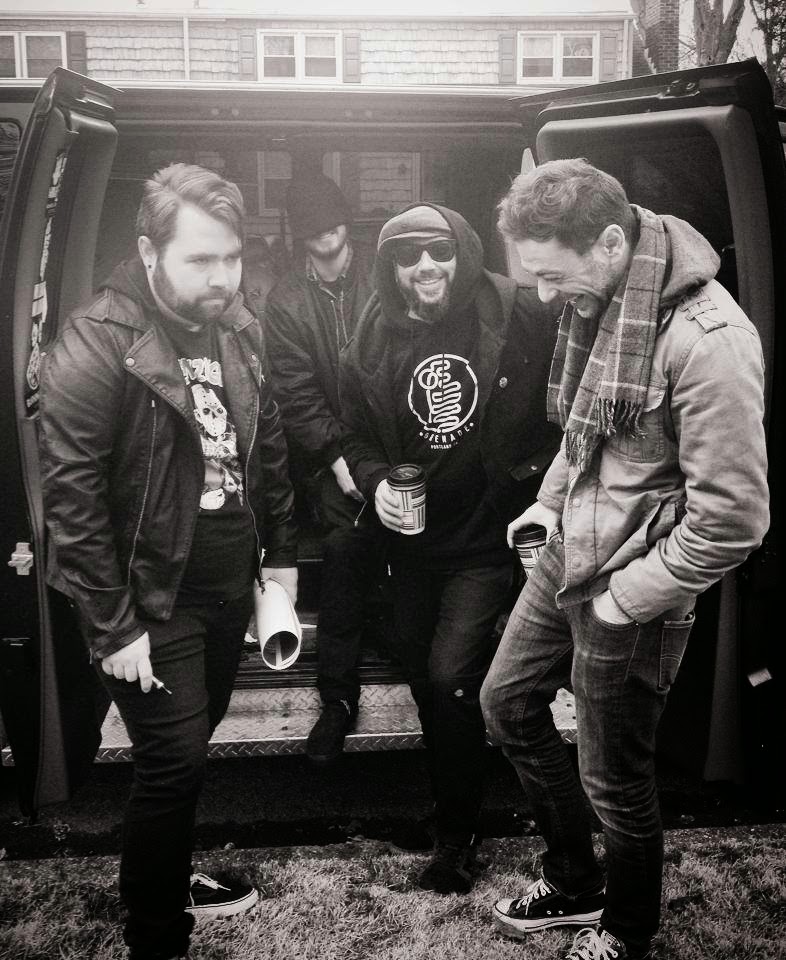 New Jersey has a long history of working class bands, artists like Bruce Springsteen, Bouncing Souls, The Gaslight Anthem, Titus Andronicus, Screaming Females, Thursday, and many others. Yet, one of the working class artists that have emerged from The Garden State in recent years has been punk heroes The Scandals. The band, who have been around for close to a decade, are recording their latest EP with Brian Fallon of The Gaslight Anthem at Red Bull Studios New York. While the EP doesn't have a release or title, it will certainly be arriving in 2015. As we close this year, we spoke to frontman Jared Hart about his band, what the new year will bring, and recording at Red Bull with Fallon. Take a look at our interview below:


The band has been around for 10 years, after all these years what have you learned from each other being in this band?

I think the biggest thing you learn when you spend this much time with people is how to realize what bugs your friends and how they can bug you. The trick is learning how to keep yourselves in check and how to catch those quirks before they can become something else.

You are currently in the studio working with Brian Fallon on your upcoming EP, how did this relationship come about?

Brian and the Gaslight guys all came up in the same places in new Jersey that we're from. We're fortunate enough to share some of the same dives like The Court Tavern and the Asbury Lanes, and even more importantly we share a lot of the same friends that call those places home. Over the last couple of years we've played with Gaslight as well as some solo shows with Brian and it's great to be able to be friends with musicians who are on the same wavelength as you and also happen to be some of the most solid people around.

It was honestly one of the most productive and relatively seamless studio experiences I've ever had. Brian really puts everything he has into a project and he showed nothing short of that with us.  We were able to be completely honest with our opinions and really work together on creating the best record we possibly could. I can also say we all learned a lot of things from him that we'll be taking with us for future recordings.

Being from New Jersey and the legacy that Jersey bands have – Springsteen, Southside Johnny, Bouncing Souls, Gaslight Anthem, Thursday, and so many others. How do The Scandals uphold the legacy of Jersey rock?

I think the one thing that you can say about Jersey bands is that they write about real things. They write about things they know, things they've seen, places they've been, and people they've met. I've always loved that about Jersey bands. When I write a song I like to think about it as a documentation of the particular place and time that I'm occupying. New Jersey will always play a role in those kinds of visuals.

What is it like to be recording ​in the​ Red Bull Studios New York? How did this blossom?

Working at Red Bull Studios New York​ has been great. We've had a blast working with the engineers and crew and they've been vital to how smooth this process went. We're grateful to be a part of the Red Bull Sound Select program and they've been supporting our band in many ways over the last year and change. One of the benefits has been the ability to utilize what Red Bull Studios
​ New York​ has to offer. The Sound Select family's been amazing to us and they're definitely all on our Christmas card list this year.

It has been said that you spend more time in the van than in your own beds. What has the open road taught you?

The road's taught me a lot of things.  It's taught me how to pack light, how to sleep sitting up, how to ration food, and I've gotten better at Tetris with every van pack we do. But, most importantly I've learned that there's absolutely nothing else in the world I'd rather be doing.

You have a cult like following in the tri-state area, when you go out and do a show in another state with new faces, what is that experience like?

Playing close to home is always a blast because the shows just keep getting better. Every time we play in New Jersey the energy gets crazier and we absolutely love that. But there's something special about showing up to a place you've never been, playing in front of people who have never heard a second of your music, and then winning them over by the end of it. It's even better when those people come back to see you the next time you're in their area.

What is next for The Scandals?

We're playing some great end of the year shows with I Am the Avalanche at Bowery Ballroom in NYC on Dec. 26th, and The Stone Pony with The Bouncing Souls on Dec. 27th. After that we'll be booking some short east coast runs leading up to our tour with The Gaslight Anthem in February. Within that time we'll hopefully know what we'll be doing in terms of releasing our new EP and then by May we'll be back in Europe. We can't wait to see what 2015 is going to be like.

After 10 years together, what has been the best thing about being in this band?

The best things about being in this band are the people I've met because of it. If it all ended tomorrow I would be left with some of the best friends I could ever ask for. Whether they're from Jersey, Boston, DC, California, or Germany, I'm grateful for all of them and they've left a huge impact on my songwriting and my life in general and it all stems from music. Nothing can beat that.

Since you are on the road so much, what is one thing you cannot leave home without?

I personally never leave home without a camera. I'm always the one filming or taking pictures and I'm always happy I did when I get back home. That, and heavy doses of Vitamin C.

Posted by Salvatore Bono at 8:34 AM