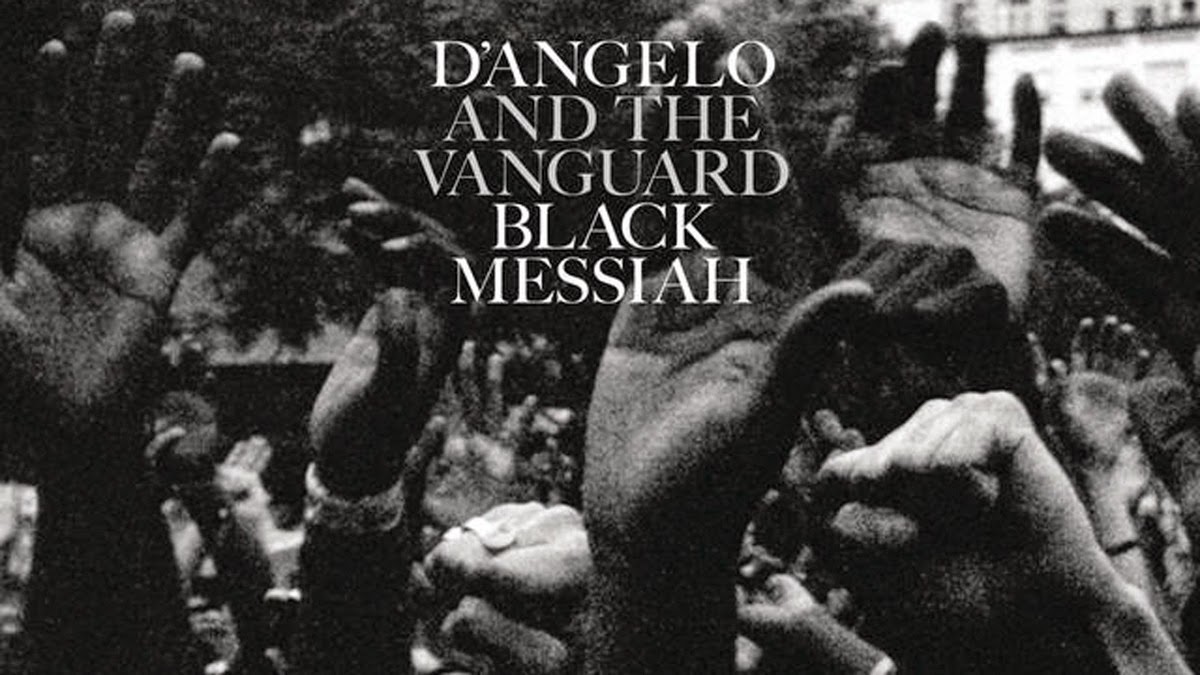 D’Angelo – Black Messiah
After 14 years, the reclusive talent known as D’Angelo finally emerges with a record that sings the songs of our times. Black Messiah is a social exploration in lyrics, a experimentation in sound, and an exciting collection of songs that show he still has got the chops to craft some fine work. While vocally it is a far cry from his VooDoo days, D’Angelo makes up for it in the music department strumming away on guitar, slamming on his piano and bringing basslines that would be sensual to anyone. Produced by Questlove and with help from Q-Tip, D’Angelo may have kept fans waiting a long time, it was worth the wait.
FINAL GRADE: A 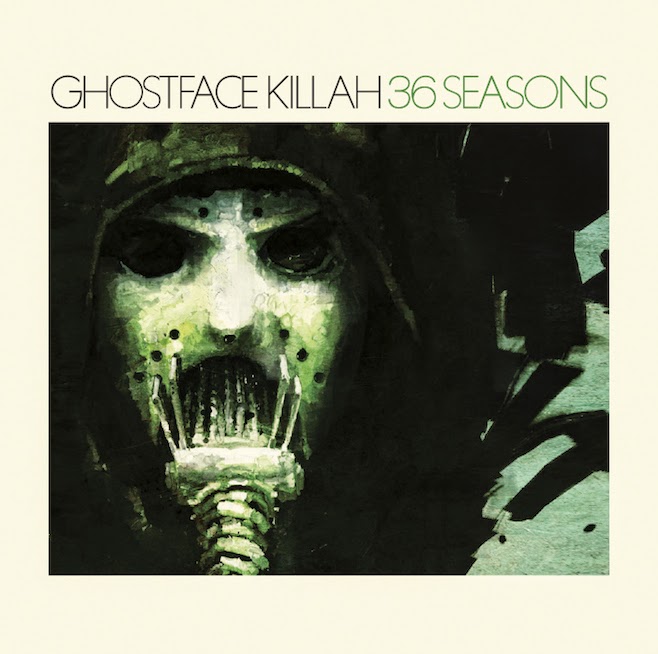 Ghostface Killah – 36 Seasons
Last year, Ghostface Killah teamed up with Adrien Younge and released one of the finest hip-hop albums of the last 10 years with 12 Reasons to Die, a concept record about a mafia henchmen who dies and comes back from the dead like a superhero and gets his vengeance on his killers. Now, Ghost has done it again with 36 Seasons, this time Ghost is another superhero named Tony Starks as he returns to his old neighborhood after years of being away and gives us a story that Hollywood wishes they had written. A masterful work with visual storytelling through hip-hop.
FINAL GRADE: A 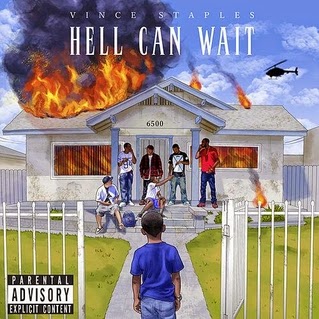 Vince Staples – Hell Can Wait
The Long Beach, California, emcee has been making a name for himself in the underground for a handful of years, now, on his debut EP, Hell Can Wait, he flexes serious muscle of what is to come.
FINAL GRADE: A 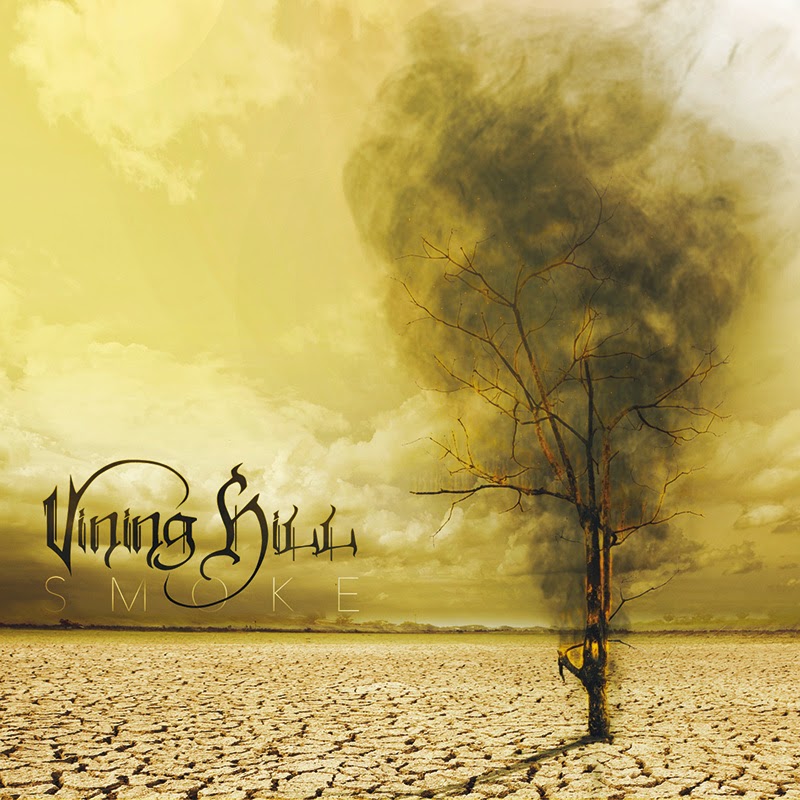 Vining Hill – Smoke
The debut album from New England’s Vining Hill has been a long time coming. Smoke is a record draped in fantastic dark hooks, thumping rhythms, murky themes, but most of all, it is the last great rock record to end the year.
FINAL GRADE: A- 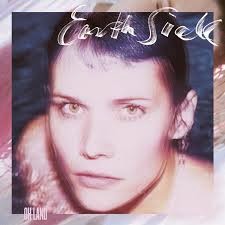 Oh Land – Earth Sick
The Danish delight known as Oh Land gives us a record that was done totally DIY from writing and recording in her Brooklyn apartment to a crowdfunding via PledgeMusic, Earth Sick shows that doing it on your own may be your best option.
FINAL GRADE: A- 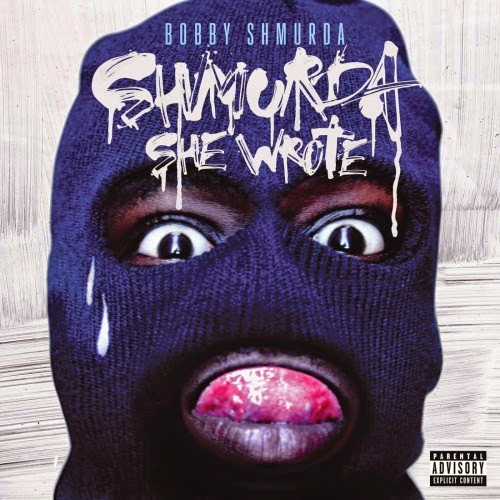 Bobby Shmurda – Shmurda She Wrote
Bobby Shmurda had everything going for him in 2014, with a hot song, big career boost then things went bust when he was arrested in a gang connection and his alleged arsenal of weapons he had could get him locked up for a long time. While he has pled not guilty, Schmurda She Wrote might be the only thing we hear from him for a long time and if that is the case, it is the classic story of wasted talent. This EP is a window into what could have been a very promising career.
FINAL GRADE: B+ 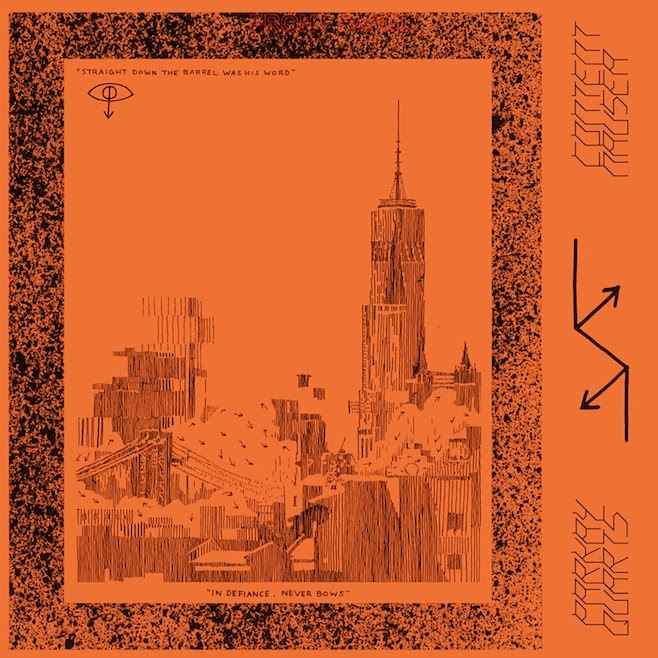 Parkay Quarts – Content Nausea
The New York garage rock darlings Parquet Courts give their second album inside a year as the cleverly titled “Parkay Quarts.” It is another display of smart-ass lyrics, catchy riffs, and a throwback to the New York City of old.
FINAL GRADE: B+ 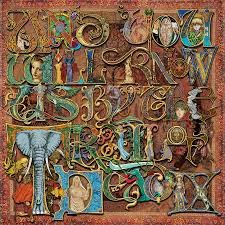 …and You Will Know Us By The Trail of Dead – IX
The ninth album from the prog, math rockers is another taste of their ability to stun a crowd using the power of a studio the same way they do it when they play in concert. IX is another offering to their growing catalogue that shows how important to indie rock they continue to be.
FINAL GRADE: B 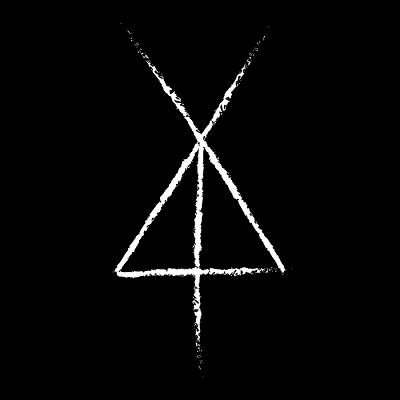 XRMST
The hardcore side project of Davey and Jade from AFI is exactly what you may think – bone crunching and melodic but also another way these two continue to show their versatility.
FINAL GRADE: B 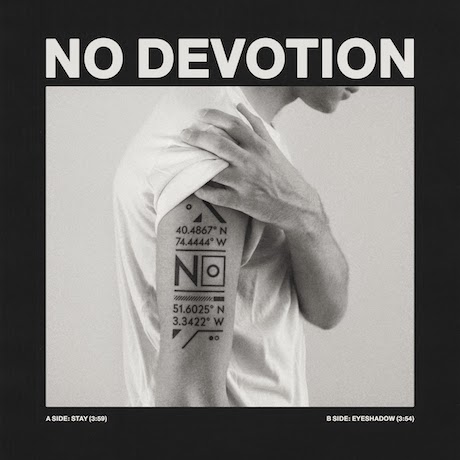 No Devotion
The former members of the embarrassed LostProphets try to save face in the music world by bringing former Thursday front man Geoff Rickley on board for a new band that ventures into standard alternative rock and is an attempt at forgetting the past and healing for the future.
FINAL GRADE: B 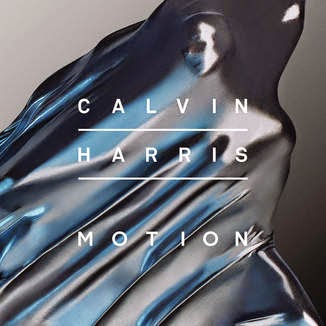 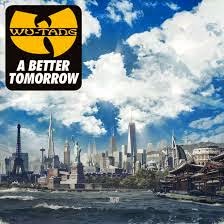 Wu-Tang Clan – A Better Tomorrow
It has been seven long years since a new Wu-Tang record that featured all the surviving members, but A Better Tomorrow, despite it’s controversial recording sessions, internal beef among members, and musical diversity is here. A Better Tomorrow is not the same Wu-Tang that made 36 Chambers or Wu-Tang Forever, they are grown up now, some have families, some have successful solo careers, some are doing things outside of music, but together, the most disorganized hip-hop collective in history coming together is still pleasing to a fan’s ear. With all of the chaos in creating this album, for what it is worth, it is a way to possibly say goodbye with their heads held up high.
FINAL GRADE: B- 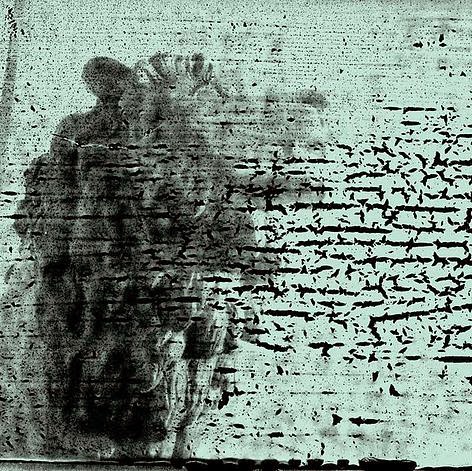 Smashing Pumpkins – Monuments to an Elegy
The second installment to the Pumpkins Teardrops by Kaleidyscope triology is actually some of the best material they have released in a very long time. While nothing is groundbreaking here, the biggest surprise is that Billy Corgan has Tommy Lee pounding the drums on this record, which, could be the reason that has made all of the difference in why this record is not a total musical embarrassment for whatever incarnation Corgan has of his 90’s band.
FINAL GRADE: B- 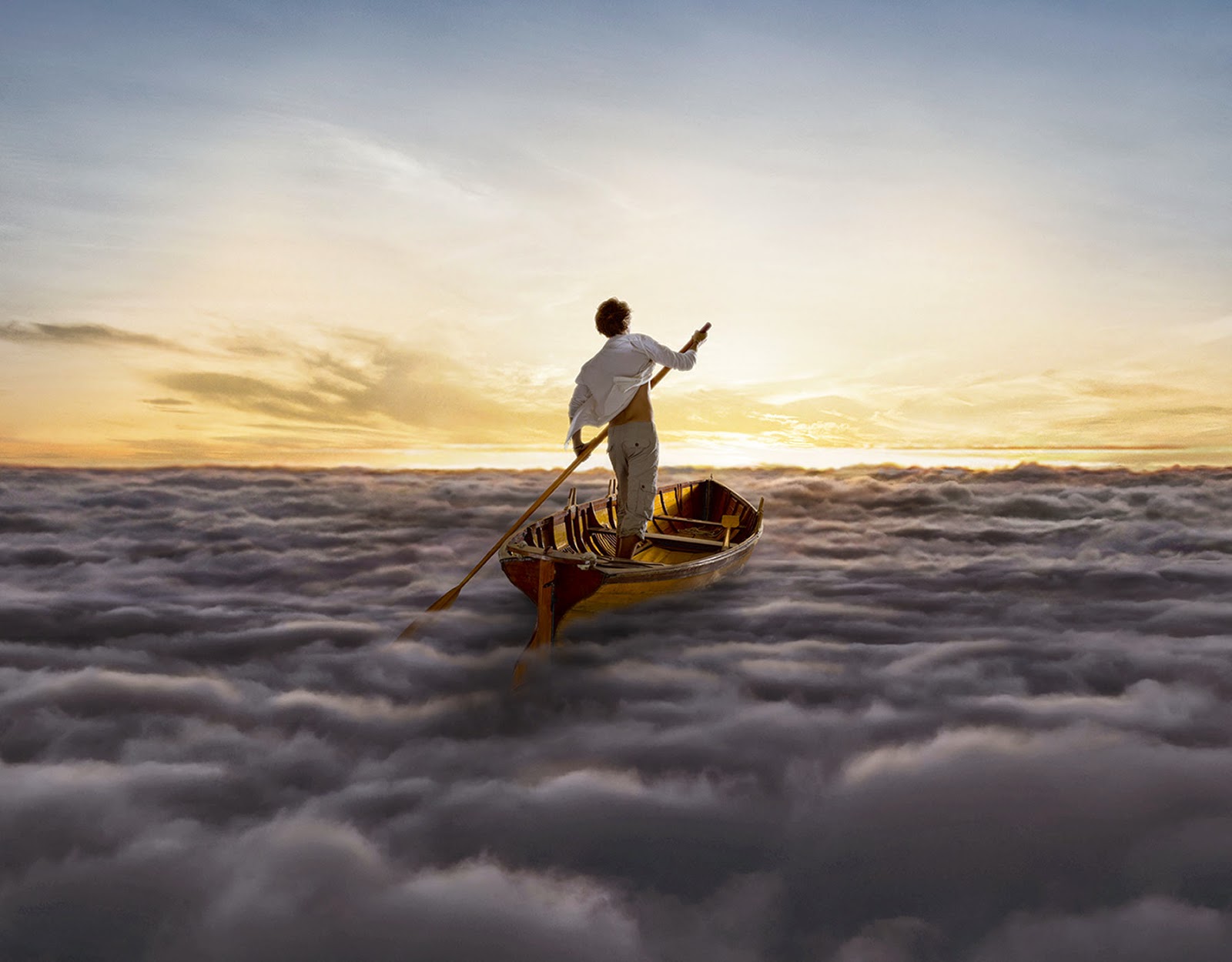 Pink Floyd – The Endless River
For the first time in 20 years, Pink Floyd fans were treated to a new album, a record that was shelved for years during the sessions of The Division Bell, and while it is nice to realize that we got new sounds from the classic rockers, there was a reason why it never saw the light of day for 20 years.
FINAL GRADE: D 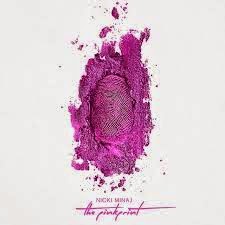 Nicki Minaj – The Pinkprint
Nicki Minaj had a blockbuster 2014, no doubt about that, but Nicki is a single’s artist and this record proves that. The Pinkprint is a flat record that falls victim to the “Let’s throw as much shit on the wall and see what sticks” idea of how some pop stars make records these days.
FINAL GRADE: D 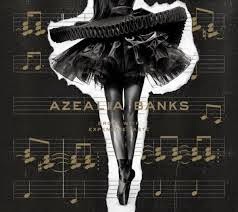 Azealia Banks – Broke With Expensive Taste
The debut album from what was once a promising voice in hip-hop finally arrives because after alleged hold-ups from her label, Banks released it herself and unfortunately the album doesn’t inspire nearly as much as her EP’s or singles did when they arrived two years ago. It looks like the once hot artist has gone cold.
FINAL GRADE: D
Posted by Salvatore Bono at 5:14 PM