Could there be a second season of Foo Fighters current HBO show Sonic Highways? Dave Grohl was asked by Jon Stewart on a recent appearance on The Daily Show that very question and Grohl responded, "There might be a Season Two".

Deerhunter's Bradford Cox has been hospitalized after being hit by a car in Georgia. The singer is currently in a neckbrace and posted on social media, "Still waiting for X-ray results or any real diagnoses. Can't move much. Incredible pain. Thank The Lord God I am here and my dad is here with me." We wish him a speedy recovery.

The Wrens have confirmed they have finished their new album. The yet-to-be-titled record will arrive next year.

The Libertines are officially back and ready to release new music! The band signed to Virgin EMI this morning in Thailand while Pete Doherty is in rehab. In a press statement, Doherty said, "I don’t know what to say, I’m so happy. It was a beautiful day." His bandmate, Carl Barât, added: "After everything we have been through The Albion sails on course again, I couldn't be more excited." Take a look a press photo of the band after the signing: 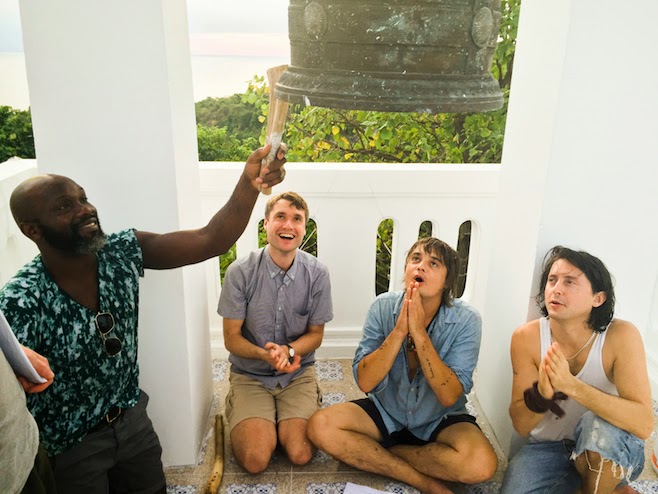 Posted by Salvatore Bono at 5:11 PM