Sad news to report, Small Faces / Faces keyboardist Ian McLagen passed away on Wednesday. He was 69 years old and passed due to complications from a stroke suffered earlier this week.

Coldplay's Chris Martin spoke to BBC1 and said the band are currently in the studio working on the follow-up to this year's Ghost Stories. Martin said the record will be called A Head Full of Dreams and said, "It’s our seventh thing and the way we look at it is like the last Harry Potter book or something like that … Not to say that there might not be another thing one day, but this is the completion of something and it was great to go from Ghost Stories to go right back in the studio. Now we’re making thing that sounds different and it’s a very fun time to be in our band. I have to think of it as the final thing we’re doing or else we wouldn’t put everything into it.” No word on a release.

Speaking to The Fader at Art Basel, Andre 3000 said he felt like a "sellout" doing the last OutKast tour. He said, "I didn’t wanna do the tour. We hadn’t performed in 10 years. It was old songs. I felt weird about going out onstage and doing it again. I felt like people would be like, 'Y'all are doing all these festivals, y'all are just doing it for money. And I felt like a sell-out, honestly. So I was like, if I'm in on the joke, I'll feel cool about it. I'm 39, I got a 17-year-old kid, and I gotta support certain things. So I felt like there was a certain sell-out in a way, because I didn't wanna do it—I knew I was doing it for a reason. So maybe if I'm telling people, 'I am selling out,' then it's not as bad as pretending."

Dave Grohl appeared on Howard Stern's radio show on Wednesday morning and said that he and David Bowie almost recorded together, but the sessions never amalgamated due to scheduling. He did say that he still keeps in touch with The Thin White Duke.

Taking to social media, Radiohead producer Nigel Goodrich posted a photo of the band working in the studio. The picture shows Thom Yorke and Johnny Greenwood in front of a patch bay and looks like something operators of the 1950's used. Take a look at the pic below: 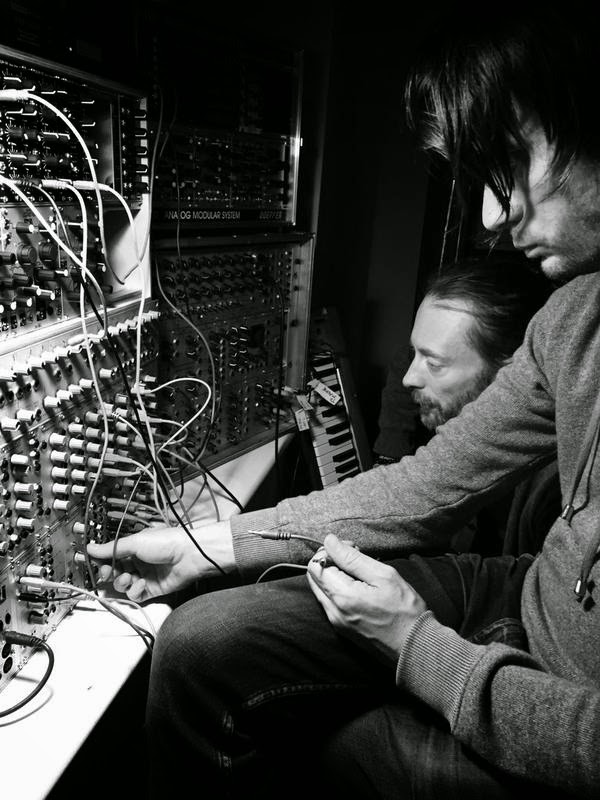