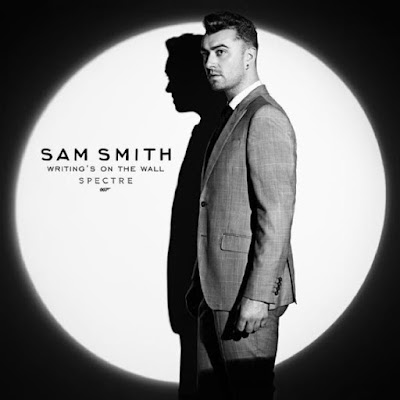 As Sam Smith was tapped to sing the upcoming 007 theme to SPECTRE, "Writing's on the Wall," we look back at the 10 best James Bond themes ahead of Smith's release.

To many, Nancy's father, Old Blue Eyes himself, Frank, could have been considered an American James Bond, so it was only par for the course she would have theme song. Even though it comes as a surprise he never sang one.


When Pierce Bronsan finally stepped into the tux to play Bond, he was introduced in Golden Eye and the Bono / Edge-penned theme by one of the greatest voices ever sang the life out of it and left audiences gasping like Famke Janssen did when she squeezed her prey in the film.

8. Jack White & Alicia Keys - "Another Way to Die" from Quantum of Solace

It could have been a tune that White released on his own, but he and Keys collaborated on this sexy R&B meets garage rock number for Daniel Craig's second outing as the world's favorite secret agent.

Dame Shirley Bassey has been the unofficial Bond girl and voice of the series since the world heard her belt out "Goldfinger." This song may have actually been the best part to this Bond caper as well.  Even Kanye sampled the track for his 2005 single "Diamonds (From Sierra Leone)."


Like Bassey's song for Diamonds Are Forever, the only decent part of Brosnan's final outing as 007 was the theme song. When it was released in 2003, the song even burned up dance floors as was the first time Bond went disco.


Tom Jones has got as much swagger as James Bond himself, so it was no surprise that this tune stands the test of time.


It may have been the last thing Adele has released but this Oscar winner song still resonates with fans and as Sam Smith is considered to be "The male Adele," this song helped usher in how he continues to follow her footsteps.


An instant classic when it came out. The New Wave giants found their way to outdo themselves in their hayday with this number that still raises the bar for rock-like Bond themes.

Now a staple to his live shows, this stadium anthem proved that Macca could do it on his own after The Beatles break-up.

We hinted earlier at this one, but no one does it better or did it better and this was the first Bond song to prove it.
Posted by Salvatore Bono at 5:22 PM