Recommended Reading: Girl in a Band 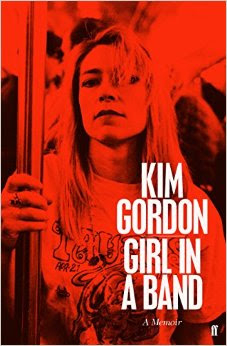 Sonic Youth have always had an aura of mystery and wonderment around them. They hardly granted interviews, even in their heyday, and when they did, they didn't say much. Earlier this year, bassist Kim Gordon spoke out and broke the cone of silence that has surrounded the band over years with her autobiography Girl In A Band.

The book chronicles her time being in Sonic Youth as well as being a woman in the indie rock scene. While she describes her experiences in full detail, the best yet most heartbreaking section is when she discusses candidly the downfall of her relationship with her former husband and Youth frontman Thurston Moore. She claims in the book Moore had an affair with another woman, which led to the eventual downfall of not just her marriage but of the band.

While the gossip is the most fun, the most important bits also come as she helped the Riot Grrl movement and inspired more women to join a band and play with the boys. This is a book that needs to be read but fans and non-fans alike.