As a music festival in D.C. over the weekend, Julian Casablancas confirmed that The Strokes are currently in the studio working on a new album.

Kula Shaker will release their first album in six years, Eclipse, next year.

Flying Lotus, Thundercat and Shabazz Palaces have all come together to form a new super group called WOKE. The band released their debut single via Adult Swim earlier this week and FlyLo spoke to Pitchfork about the project. He was asked if an album will be in the works and replied: "There's nothing set in stone. We have a bunch of ideas. There's about like nine songs kind of floating around. There's more stuff with George [Clinton], too. We've done a lot of recording over this year. I want to make sure that all the stuff that we do is in the same room together. I'm not trying to do e-mail shit; I really want it to be organic and a true collaboration."

Next month, Kendrick Lamar will perform his flawless new album, To Pimp a Butterfly, with the National Symphony Orchestra in Washington, D.C. This apparently will be a one-off performance.

Kid Cudi has announced that his new album, Speedin' Bullet to Heaven will be a double album. No official release date has been given.

In October and November, respectively, Sigur Ros will reissue Takk and () for the first time on vinyl. Both reissues will feature a remastering of the original albums.

In December, the soundtrack to the acclaimed Kurt Cobain documentary, Montage of Heck will be released. The soundtrack will feature home recordings, snippets, demos and experiments that would eventually become Nirvana songs. Take a look at the cover, below: 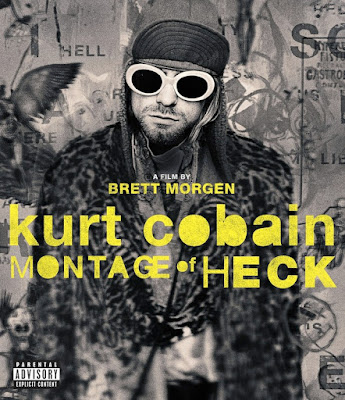