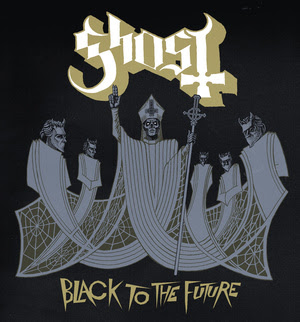 On the night of a Super Blood Moon and Pope Francis finished his whirlwind trip to North America and after he blessed Cuba, Washington, Philly, and New York, metal's Pope Papa Emeritus III and the rest of Sweden's Ghost descended on New York City and turned Terminal 5 into a Rock and Roll Cathedral. 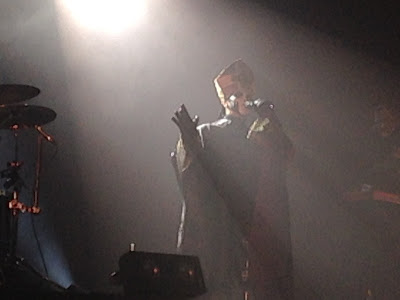 As the band embarks across the U.S. for their "Black to the Future" tour, they are bringing their alter along with them for fans to worship. As the stage inside the massive Terminal 5 was decked out like that of a house of the holy, incense burned, the lights were dim, and the sound of monks and choirs chanted all through the room before they hit the stage. It was Sunday and Papa had a mass to perform. 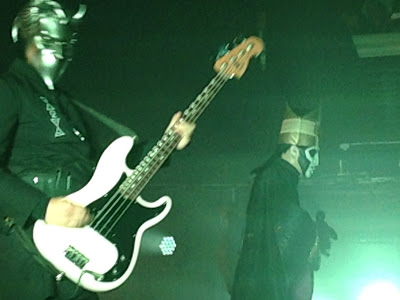 Just after 9 p.m., the five nameless Ghouls appeared on stage in faceless devil masks and black attire, they occupied their instruments and riffed away. As Papa appeared behind the stage and walked onto his alter, his room of worshipers generated the loudest cheers one could endure in a venue of that size.
Behind him was a stained glass-inspired backdrop that mimicked him and the Ghouls. As he was dressed in black robes, his signature face paint and a Pontiff hat featuring the band's inverted cross with a 'G' strategically placed in the center, this is how he would deliver his sermon. 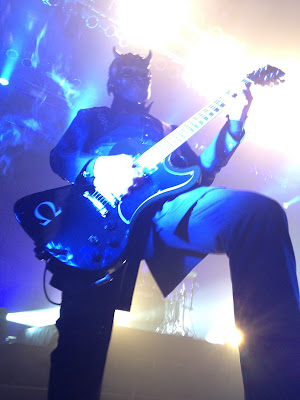 Beginning their set with the opening numbers from their latest, Meliora, "Spirit" and "From the Pinnacle to the Pit," Ghost had the room feeding out of their hands as if it was holy communion. Their style is more than just metal. It combines the harmonies of The Beatles mixed with the progression of Rush and the chomping and heavy sounds of Black Sabbath. While their show is a spectacle to be seen with enough strobe lights that would rival any DJ, they choreograph each number making the show something not just to be heard and seen but experienced. 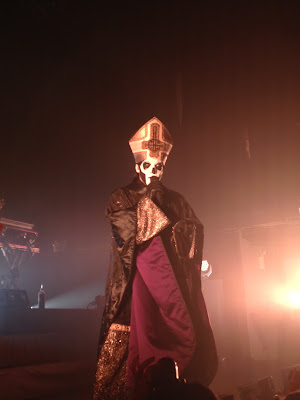 In between songs, Papa (in a very broken and fake Spanish accent) would address his disciples. For nearly an hour on stage with his robe, it was time Papa went into causal attire -- taking off his hat and robe, he came out dressed like a member of My Chemical Romance's "Black Parade."Keeping his facepaint on, this was the part of the show where he would get serious and crank out the hits like "Body and Blood," "Devil Church," "Year Zero," and "Absolution." For nearly two hours, the 19-song set was enough to make anyone a believer -- a believer that this band is not just a very good gimmick, but legitimately very good musicians with very clever songs that can entertain night after night. While one Pope has left America, another has just entered and beginning his tour. 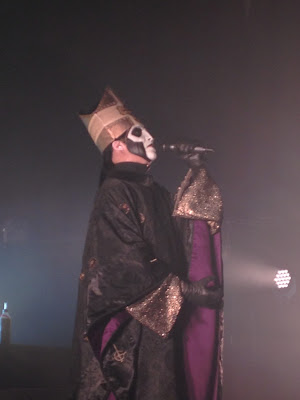 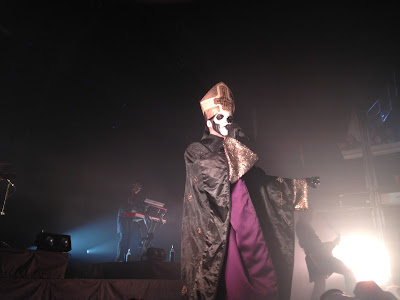 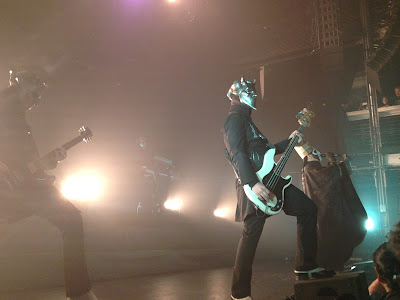 Posted by Salvatore Bono at 8:38 PM