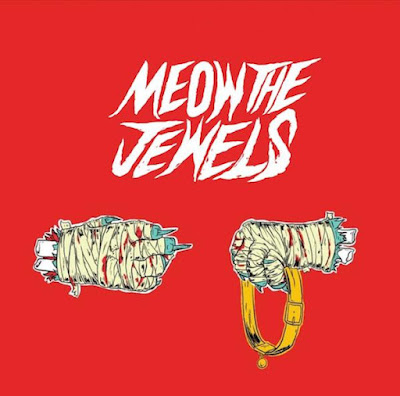 At some point we will be getting the Run the Jewels cat remix LP, Meow the Jewels. Now the hip-hop duo have shared the Just Blaze remix of "My Darling Don't Cry."

El-P Tweeted that more Meow the Jewels info is on the way:

.#MeowTheJewels is incredibly stupid, but because of the fans/funders/friends we've raised a good chunk of dough for charity. thank you.
— el-p (@therealelp) September 17, 2015

next week all details of the project including release date, art, etc will be announced.
— el-p (@therealelp) September 17, 2015


Also, the day after the duo ran through The Late Show with Stephen Colbert backed by TV on the Radio, Colbert shared a goofy video they made together.

Watch Run the Jewels and TV on the Radio on Colbert

Colbert tweeted it this morning:

Posted by Salvatore Bono at 6:59 PM