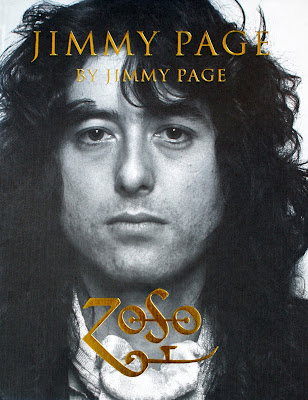 Led Zeppelin had it all - the magnificent vocals of Robert Plant, arguably the greatest rhythm section in the history of music with John Paul Johns and the late John Bonham, and of course, the greatest guitarist of all time (second to Hendrix, that is), Jimmy Page. In 2014, the Zeppelin virtuoso released his autobiography, the first member of the band to do so, and told the story of his upbringing, how the band came to be and the excess and expectations.

His book, which is a photographic journey as well as a written account of what happened during his heyday, explains more than just his career with the "Stairway to Heaven" band but his start with The Yardbirds, stint with The Black Crowes and working with Sean Combs, as well as performing at the 2008 Olympics. Page, who still performs on occasion, gives the details to a life fully lived.
Posted by Salvatore Bono at 10:29 AM