So So Glos Announce New Album 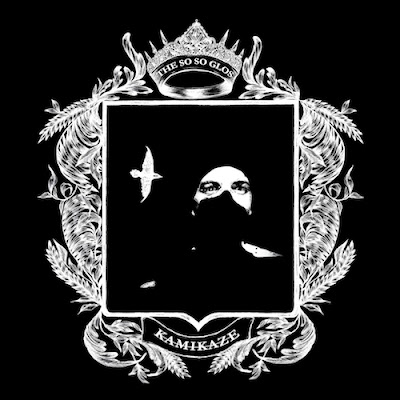 In May, Brooklyn punks the So So Glos will release their new album, Kamikaze.

The band announced the news in an interview with Billboard, where they said: "We definitely grew up a bunch since [2014 album] Blowout and we all experienced a lot of growing pains along the way. Personally, Blowout was me at age 24, full of ambition, and Kamikaze is me at 27 all out of teenage angst -- "bored and old". In terms of songwriting, it's a crazy and wretched process that involves a sudden spark of inspiration or duende and then a lifetime of editing and trimming down."

Read Our 2013 Interview with So So Glos

Take a look at the cover, above, and the tracklisting, below, and hear the first single "Dancing Industry."