Bon Iver's Justin Vernon says the band is no longer on hiatus and will be coming back. He told Billboard: "The last few years have given me a lot of perspective. It’s been valuable. But I’d rather be busy, and I’d rather be engaged. I learned a lot of lessons. I learned a lot about what this stuff can do to people and how it can change how people set their priorities. I’m not interested in having my priorities all screwed up."

Le Bataclan will reopen following the tragedy that occurred on November 13 when gunmen opened fire inside the French venue during an Eagles of Death Metal concert. The owners told The Guardian that they will “do our best to host events before the end of 2016."

Pete Doherty will release a new solo album this fall. It will be his first solo venture in seven years.

AFI's Davy Havok has teamed up with No Doubt’s Tom Dumont, Tony Kanal and Adrian Young and formed a supergroup. They don't have a name but do have a record. They plan on finding a label, Billboard reports, to put it out.

Bruce Springsteen will release his autobiography, Born to Run, in September. On his website, The Boss posted: “Writing about yourself is a funny business. But in a project like this, the writer has made one promise, to show the reader his mind. In these pages, I’ve tried to do this.” Take a look at the cover, below: 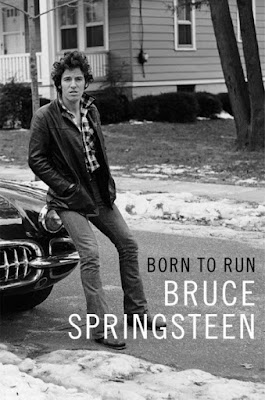