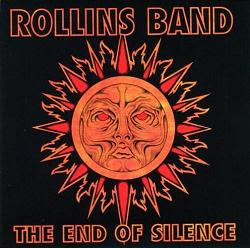 By the time Henry Rollins left Black Flag he became more than just a front man, he was a public figure. As the 90s began, he was the voice of a generation, a pop culture icon and still unleashing a brutal assault on the musical landscape. As the world shifted to either grunge or gangsta rap, Rollins Band were still cutting everything down and doing things their way. Their 1992 release, The End of Silence is proof. The band's third record is a combination of alternative, hardcore, post-hardcore, metal and hard rock. Rollins himself would use the massive tattoo on his back as the album's cover, which would be come the group's logo over the years. As the decades have past since The End of Silence's release, it still proves to be a benchmark album of cross genre, cross sounds and a like all of Rollins' work, a blueprint into carving your own way. Hailed as one of the finest albums of the decade, looking back after 24 years one can understand why.

Read Our 2009 Interview with Henry Rollins
Posted by Salvatore Bono at 5:03 PM