Movie of the Month: 'The Skin I Live In' 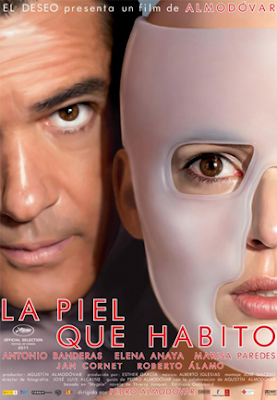 If you are looking for a crazy film to watch this summer, don't bother heading to the movie theaters. Instead, go back to 2011 and discover Pedro Almodovar's brilliant The Skin I Live In. The psychological thriller reunites the Spanish auteur with Antonio Bandaras. Bandaras stars as a plastic surgeon that creates a special skin that can withstand damage. In his lair, is a woman who he has trapped as his guinea pig. With as many shocking twists and turns as a Hitchcock film, The Skin I Live In is a film that stays with you long after the credits roll. It was one of the most hailed foreign films of that year, taking home a BAFTA and nominated for a Golden Globe and Palm d'Or at the Cannes Film Festival. While many will complain all there is in theaters this summer is comic book movies, here is one you can enjoy at home in your own skin.

Posted by Salvatore Bono at 6:13 PM