DARK, the supergroup featuring Andy Rourke of The Smiths, Doloris O'Riordan of The Cranberries and DJ Olé Koretsky, will release their debut, Science Agrees, in August.

The 1986 drama Absolute Beginners, which starred David Bowie as an ad executive will be reissued next month for its 30th anniversary. The reissue will feature an hour long documentary on the making of the film.

Antemasque, the group featuring Cedric Bixler-Zavala and Omar Rodriguez-Lopez have officially added Travis Barker to their line-up. The band will release their sophomore album, The Saddle on the Atom Bomb, later this year.

After 16 years, enigmatic Australian producer / DJ ensemble The Avalanches will release their new album, Wildflower, in July.  The band also promised that their sophomore album's follow-up won't take as long.

Beck has confirmed that his new album will arrive in October. The album, still untitled, will be the follow-up to his Grammy winning 2014 LP, Morning Phase.

The Midwest Medical Examiner's Office has confirmed that Prince died of an opioid overdose. The news was tweeted on Thursday afternoon:


Faith No More will reissue their debut We Care A Lot in August. It will contain the remastered album as well as outtakes and B-Sides. Original singer Chuck Mosley said in a press release: "With We Care A Lot, I always felt like I was part of something new and different than anything else out there at the time. It made me feel privileged to be a part of it. The other guys were so cool, and there was so much camaraderie. And that came across in the music; Bordin’s drums battling it out with Billy’s bass in antagonistic harmony, Roddy’s melodic atmosphere, swallowed up by Jim’s crunchy metal riffs. I found my place somewhere between them all, and when the album was finished, it didn’t sound like anything else."

Nick Cave and The Badseeds will release their new album, Skeleton Tree, in September. Take a look at the cover, below: 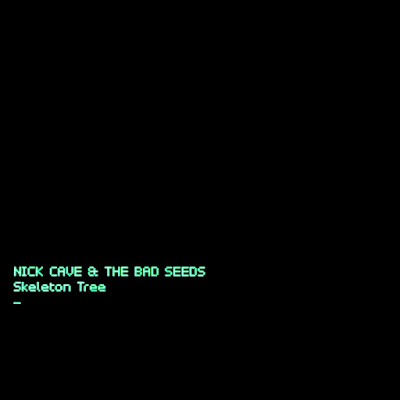 Posted by Salvatore Bono at 1:04 PM