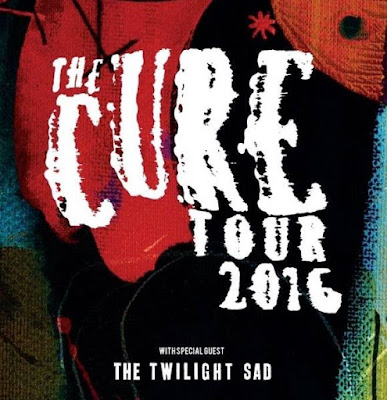 Wrapping up a three night sold-out stay inside Madison Square Garden Monday, The Cure went out in grand fashion. In a near 3 hour set, the iconic British band lived up to expectations of all fans who were looking for hits, rarities and deep cuts. 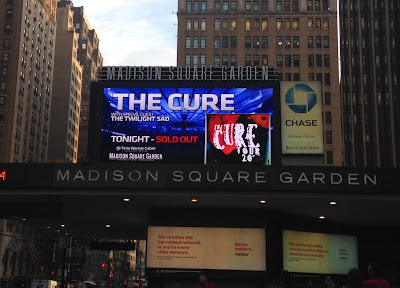 The Cure, who have become a gothic Grateful Dead, did not hold back to finish their weekend in the Big Apple. Opening with "Out of This World" and "Pictures of You," fans of all ages and types, whether the casual supporter or the hardcore type, were immediately entranced.  Featuring five long screens behind the band as well as various rigs of lights around the stage, The Cure added to the ambiance and show with their interesting production. 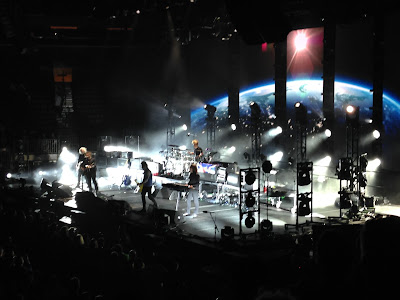 Some fans dressed the part for the occasion, others came from work to relive a moment in their lives, while some were looking to see what The Cure had in store. Hardly speaking to the audience, Robert Smith saved his magnificent voice for the music. The band are just about 3/4 of the way through their current North American tour and the fact that they can go on for as long as they can each consecutive night is an achievement in its own. 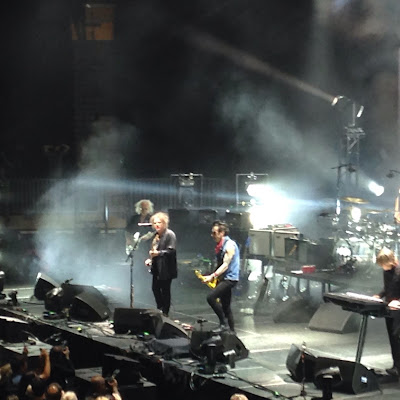 In a set that was heavy on songs from 2000's beautiful and underrated Bloodflowers, as well as hits like "Lovesong," "Just Like Heaven," and "In Between Days," The Cure pulled from every direction of their 40 year catalogue. In the first of four encores, a new single, "It Can Never Be the Same," was played. It was a hard and passionate song that blows what most rock bands of today have done out of the water. As the clock got closer to midnight, the legendary band was in the mood for a dance party. Songs like "Shake Dog Shake," "Hot Hot Hot!!!," "Why Can't I Be You," and the final song, "Boys Don't Cry," had everyone on their feet. As the stage lights dimmed for the final time, the big boy himself, Smith was not a man of his word and wiped away tears of joy and triumph from under his eyes. It looked as if at 57 he didn't believe he could still sell out The World's Most Famous Arena, but he did. He did it for three nights. The notion must have overwhelmed him to tears which left a poignant and emotional ending to the illustrious night.
Posted by Salvatore Bono at 5:25 PM