Found Ratking member Hak has left the New York hip-hop collective to pursue a solo career. A representative for the outfit told NME that Ratking will continue without him.

Speaking to Fader, Vince Staples said he will release a new EP called Prima Donna. It will be the rapper's follow-up to last year's fantastic Summertime '06.

The surviving members of TLC, T-Boz and Chili have begun work on the group's final album. No word as to when it will be released, it will be their first in 14 years and first without Lisa "Left Eye" Lopez.

The Rolling Stones latest exhibition, "Exhibitionism," will arrive in New York this fall after a successful run in London. The event featuring a slew of Stones memorabilia will be on display inside the West Village's Industria Superstudio.

Maynard James Keenan will release his autobiography, A Perfect Union of Contrary Things, in November. Take a look at the cover, below: 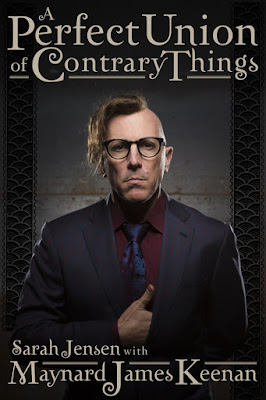 Posted by Salvatore Bono at 7:26 PM