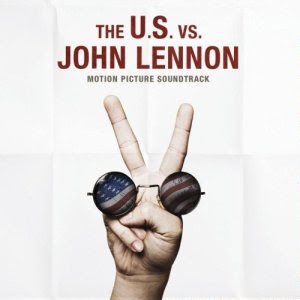 In 2006, a team of documentary filmmakers set out to tell the true story of how the American government thought John Lennon was a threat to society and problem to the Nixon Administration in the 1970s. The film, The U.S. vs. John Lennon, is about the former Beatle's quest to end the conflict in Vietnam and demand equal rights for all in America while he was living in New York City following the break up of the Fab Four. Lennon, and his wife, Yoko Ono, would organize rallies, billboards, and of course concerts as well as create music with a message that chastised the American government. Lennon being British and his wife a Japanese immigrant manage to bother the government so much that they looked to deport him.


Read Our 2011 Interview with Yoko Ono

The film showcases Lennon's issues against the U.S. government until his death as well as the music he created during this period. The soundtrack to the documentary captures the sound in his head and heart perfectly. Using Lennon songs like "Power to the People," "Nobody Told Me," "Working Class Hero," "New York City," makes the soundtrack one of the greatest post-Beatle compilations of his work.
Posted by Salvatore Bono at 3:19 PM