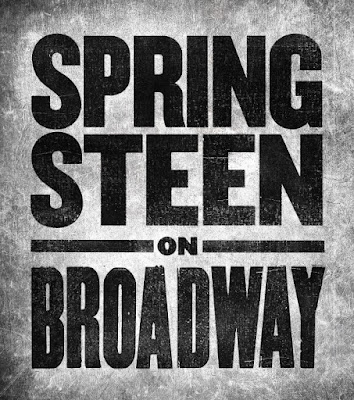 What has been the biggest rumor in New York City all summer has finally been confirmed as Bruce Springsteen will perform for eight weeks on Broadway. The Boss will not be starring a musical but will be doing solo acoustic performances from October through November.

Chris Cornell's widow, Vicky, has announced that she and the city of Seattle will erect a statue in the memory of the late Soundgarden frontman who passed earlier this year. She said that the statue will be done by Wayne Toth and will take about seven months to create. “He is Seattle’s son,” she said to the Seattle Times.  “We will be bringing him home and honoring him, I hope, with all of you, your love and support.”

A prehistoric crocodile has been renamed in honor of late Motörhead frontman Lemmy Kilmister. The creature known before as S"teneosaurus obtusidens," will now be known as "Lemmysuchus obtusiden," according to London's Natural History Museum.

The Afghan Whigs' first albums, Up In It, Congregation and the Uptown Avondale EP - will be released on 180-gram vinyl on September 8th via the Sub Pop Megamart for a series of reissues. Each vinyl disc will be colored and will come as a gatefold.

Kendrick Lamar is on the cover of the latest issue of Rolling Stone and opened up about his music, life, and live shows. In the interview, he also touched upon the friendship he struck up with U2's Bono.  He explained how U2 ended up on "XXX" off DAMN., saying: "We had a [different] record we were supposed to be doing together. He sent it over, I laid some ideas to it, and we didn't know where it was going. I just happened to have an album coming out, so I just asked him, like, "Yo, would you do me this honor of letting me use this record, use this idea that I want to put together because I'm hearing a certain type of 808, a certain drum to it." And he was open to it." He added: "There's a lot of great records and great features that the world probably will never hear, because it just didn't feel right, no matter how big the name was on it. But Bono has so much wisdom and so much knowledge, in music and in life. Sitting on the phone with him, I could talk to him for hours. The things he's doing around the world, of just helping people, is inspiring."
Posted by Salvatore Bono at 6:58 PM