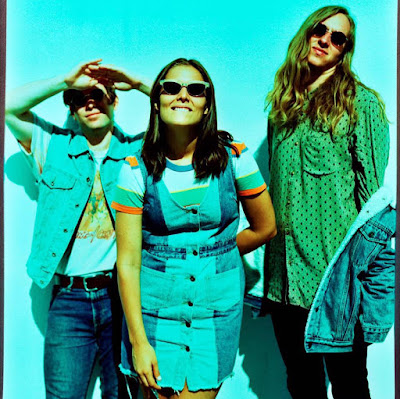 Hailing from Sydney, Australia, a new three piece is bringing together folk and 90s rock and giving it a modern twist. Middle Kids features Hannah Joy on vocals, Tim Fitz on guitar and Harry Day on drums and the trio have been making waves in their native land for over a year and have slowly captured the attention of UK and US audiences thanks to their fresh and vibrant sound. As they have gotten acclaim from the likes of NPR, NME, and Triple J, the band released their latest EP later last fall and can currently be seen on tour across North America through the end of the summer.

Listen to Our Australian Mixtape!

Posted by Salvatore Bono at 7:58 PM